Reform in Saudi Arabia: A road not taken 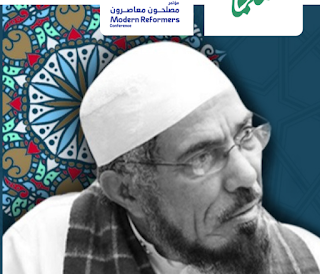 Saudi Sheikh Salman al-Awdah, a popular but controversial religious scholar who has been mostly in solitary confinement since 2017, appeared in court this week only to hear that his case had been again adjourned for four months.

Charged with more than 30 counts of terrorism, a term that is broadly defined in Saudi Arabia to include adherence to atheism and peaceful dissent, prosecutors are demanding the death sentence.

It was not immediately clear why the trial was postponed but some analysts suggest the government may have wanted to avoid a high-profile court case at a moment in which Saudi Arabia is manoeuvring to prevent a deterioration of relations with a Biden administration critical of the kingdom’s human rights record.

The State Department’s annual human rights report has identified Mr. Al-Awdah in recent years as one of “at least 120 persons (who) remained in detention for activism, criticism of government leaders, impugning Islam or religious leaders, or ‘offensive’ internet postings.”

Mr. Al-Awdah’s crimes reportedly include sedition, stirring public discord, inciting people against the ruler, supporting imprisoned dissidents, and being an affiliate of Qatar and the Muslim Brotherhood. Saudi Arabia designated the Brotherhood as a terrorist organization in 2014.

Mr. Al-Awdah was detained after he called in a tweet to his millions of followers for reconciliation with Qatar three months after Saudi Arabia, the United Arab Emirates, Bahrain, and Egypt imposed an economic and diplomatic boycott on the Gulf state.

The four countries lifted their boycott in January with no indication that their demands for far-reaching changes in Qatari foreign and media policy had been met.

A 64-year-old militant Islamist cleric who shed his support for jihadists after his release from prison in 1999, Mr. Al-Awdah denounced Osama bin Laden in the 2000s and became a leading figure in the government’s deradicalization program.

Like other scholars, writers and journalists, several of which were sentenced last year to lengthy terms in prison, he became a voice for political and social reform in the wake of the 2011 popular Arab revolts, calling for a humanist interpretation of Islam and reform of Islamic law through recontextualization. He argued that Saudi Arabia should be a democracy rather than a theocracy, embrace pluralism, respect minority rights, and allow for the emergence of an independent civil society.

United Nations human rights experts described Mr. Al-Awdah, who has not sought to hide his militant past, as an “influential religious figure who has urged greater respect for human rights within Sharia.”

Saudi scholar Yasmine Farouk argues that Mr. Al-Awdah’s past is in fact one of his assets. “If the Saudi regime were really seeking to reform Wahhabi Salafism, Awdah would provide it with a model to do so, as well as being an indispensable actor in the process. That’s because he is a man who doesn’t deny his past,” Ms. Farouk said.

Casting doubt on the utility of Mr. Al-Awdah’s past and the sincerity of his reformist views is the fact that he has at times harked back to the anti-Semitic views he expressed in his earlier years.

Nonetheless, his trial as well as last year’s sentencing of men like Hijazi researcher and writer Abdullah al-Maliki casts a shadow over Saudi Crown Prince Mohammed bin Salman’s assertion that he is guiding Saudi Arabia towards a vague, undefined moderate form of Islam.

Prince Mohammed’s projection of a moderate Saudi Islam is designed to bolster the kingdom’s quest for leadership of the Muslim world and increase its ability to attract foreign direct investment.

The crown prince and many in the Saudi elite that have not been targeted by Prince Mohammed in his crackdown on potential opponents see Islam as a tool to solidify the ruling family’s grip on power. Members of the family as well as ultra-conservative religious figures have long advocated an interpretation of Islam that demands absolute, unquestioned obedience of the ruler.

Citing Islamic jurisprudence, Prince Turki al-Faisal insisted in an oped as far back as 2002 that the kingdom’s rulers had the sole right to demand full allegiance and obedience. The prince was rejecting an assertion by a prominent religious scholar that power was shared in the kingdom.

Scholars merely “advise and guide” rulers, Prince Turki, a former intelligence chief and ambassador to Britain and the United States, who now heads the King Faisal Center for Research and Islamic Studies, said.

The incarceration and sentencing of reformers contrast starkly with notions of a humanitarian Islam that embraces the United Nations Universal Declaration of Human Rights advocated by Indonesia’s Nahdlatul Ulama, the world’ largest Muslim civil society movement.

The contrast is spotlighted, despite significant progress in removing hate speech and supremacist concepts from Saudi schoolbooks, in differences between Nahdlatul Ulama’s first steps towards reforming Islamic jurisprudence and Saudi moves that seem primarily utilitarian, rhetorical and symbolic.

Saudi education minister Hamad bin Mohammed Al-Sheikh’s announcement this week that the kingdom was establishing “intellectual awareness units” in universities “to promote the values of citizenship, moderation, and countering ideas of extremism and decadence” appears primarily designed to enhance a façade of moderation void of concepts of diversity of opinion, pluralism, and freedom of expression.

Nahdlatul Ulama’s calls for reform of Islam, moreover, have gained traction in the corridors of power in world capitals as well as influential non-Muslim religious communities while Saudia Arabia struggles to polish its image tarnished by the 2018 killing of journalist Jamal Khashoggi and repression of critical voices.

The Biden administration’s criticism of Saudi Arabia’s human rights record and conduct of the six-year-long war in Yemen has complicated the kingdom’s efforts to improve its image, particularly in the West.

The politics of legal cases against critics and dissidents raises questions not only about the kingdom’s human rights record but also issues important to many potential foreign investors such as the independence of the judiciary, transparency, accountability, and the rule of law.

The recent release of Loujain al-Hathloul, while upholding her conviction as well as the freeing of several other detainees, suggested that the government would go only so far in addressing its reputational issues and attempting to get off on the right foot with the Biden administration.

Arab News, a widely read English-language Saudi newspaper, last month updated a 2019 profile of Mr. Al-Awdah that described him as a “chameleon cleric” and one of several “preachers of hate.”

The Arab News profile suggested that Mr. Al-Awdah had not altered his pre-1999 ultra-conservative and militant views despite projecting himself as a reformer and had not removed from his website religious edicts advocating those opinions.

Said Ms. Farouk, the Saudi Arabia scholar: “Awdah actually began a process to deradicalize Saudi Salafism and reform it in an inclusive, bottom-up way, without relying on state coercion. The credibility he earned in doing so has given him the latitude to legitimately oppose violent resistance to any meaningful process of reform of Islam inside the kingdom and elsewhere.”

Dr. James M. Dorsey is an award-winning journalist and a senior fellow at Nanyang Technological University’s S. Rajaratnam School of International Studies in Singapore and the National University of Singapore’s Middle East Institute as well as an Honorary Senior Non-Resident Fellow at Eye on ISIS