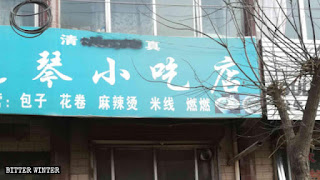 The Kazakh government, in defense of Kazakh and by implication Central Asian behind-closed-doors diplomacy towards China in the face of mounting domestic pressure, has offered a rare public account of its ability to improve conditions for its ethnic kin caught in a crackdown on Turkic Muslims in the north-western Chinese province of Xinjiang.

Kazakhstan’s detailing of its ability to reduce the number of Kazakhs among the reported one million Turkic Muslims incarcerated in re-education camps comes amid a significant expansion of what amounts to the most frontal assault on Islam in recent history.

Kazakh transparency is balanced by the government’s efforts to limit civil society pressure on the governments of both Kazakhstan and China to rollback Chinese efforts to severely restrict religious freedoms and alter the practice of the faith in Xinjiang and elsewhere in the country.

The crackdown that China says has helped it counter militancy and separatism in Xinjiang puts on the spot not only Central Asian nations with their ethnic and cultural links to Xinjiang but also Muslim and Arab countries.

In the most recent development, Chinese authorities have removed public Islamic and Arab symbols in Xinjiang as well as the neighbouring province of Gansu, home to non-Turkic Hui Muslims, a community that long prided itself of having adopted a form of Islam that had ‘Chinese characteristics.’

The moves, part of what China has termed an anti-halalization campaign, threatens to put out of business small entrepreneurs like butchers and restaurant owners that cater to a Muslim community that adheres to Muslim dietary and personal lifestyle laws.

The moves suggest that the crackdown is about more than alleged Uyghur militancy and separatism.

By providing a degree of transparency, the Kazakh government is not only defending itself against domestic criticism but also providing a justification for the Muslim wall of silence that has been only breached intermittently.

On a visit to Beijing last month, Saudi crown prince Mohammed bin Salman took that justification to its extreme by seemingly endorsing the crackdown with his statement that China had the right to undertake "anti-terrorism" and "de-extremism" measures.

Addressing parliament this week, Kazakh foreign minister Beibut Atamkulov said the government’s quiet diplomacy had ensured that the “number of Kazakhs in these (re-education) camps decreased by 80 percent.”

The minister said the government had received more than 1,000 enquiries about people reportedly detained in China and was “working on these issues case by case.”

Mr. Atamkulov’s ministry announced in January that China agreed to allow some 2,000 ethnic Kazakhs to renounce their Chinese citizenship and leave the country.

It was not clear whether the Chinese decision applied to former re-education camp inmates or only Chinese nationals of Kazakh descent who qualify for Kazakhstan’s existing repatriation program.

A former re-education camp employee, Sayragul Sauytbay, who fled to Kazakhstan told a Kazakh court last year that she was aware of some 7,5000 Kazakh nationals and Chinese of Kazakh descent being incarcerated.

Atajurt Eriktileri, a Kazakh group that supports relatives of people who have disappeared in Xinjiang, says it has documented more than 10,000 cases of ethnic Kazakhs interned in China. The Xinjiang Victims Database says it has collected some 3,000 testimonies of prisoners and their families, half of which are from ethnic Kazakhs.

Gulzira Auelkhan, a 39-year-old Chinese citizen of Kazakh descent who spent 15 months in two re-education facilities before being transferred to work at a glove factory for a far below minimum wage, credits her husband’s lobbying of the Kazakh government on her behalf and publicizing of her plight for her release and ability to join him in Kazakhstan.

Eager not to provoke the Chinese, Mr. Atamkulov was careful not to criticize the crackdown. He acknowledged, however, that “there are questions regarding people of Islamic faith” but insisted that China has its own internal policy."

Kazakh policy appears to demonstrate the ability of quiet diplomacy to achieve at best limited results. The government’s figures suggest that it is able to intervene only in cases of Kazakh nationals, a small fraction of Kazakhstan’s ethnic kin caught up in the Chinese crackdown.

By responding to cases of Kazakh nationals, China enables the Kazakh government to maintain its public silence in the hope that the government can manage mounting domestic pressure and hold steadfast.

That could prove to be a risky bet.

Ms. Auelkhan is living proof of the risk. She was warned when released that her relatives who remain in Xinjiang, two daughters and her elderly parents, would suffer consequences if she chose to speak out once she was in Kazakhstan.

“I know how awful these camps are, and I want the world to know about them. In Kazakhstan I can speak about this, so I am doing it on behalf of those still trapped in Xinjiang,” she says defiantly.