Calls for jihad in defence of the Muslim minority prompt fears of a second front against Islamic State-linked fighters in Southeast Asia, and – for Arab leaders – concerns the issue will re-energise militants and opposition groups alike
BY JAMES M. DORSEY
9 SEP 2017
0 SHARE 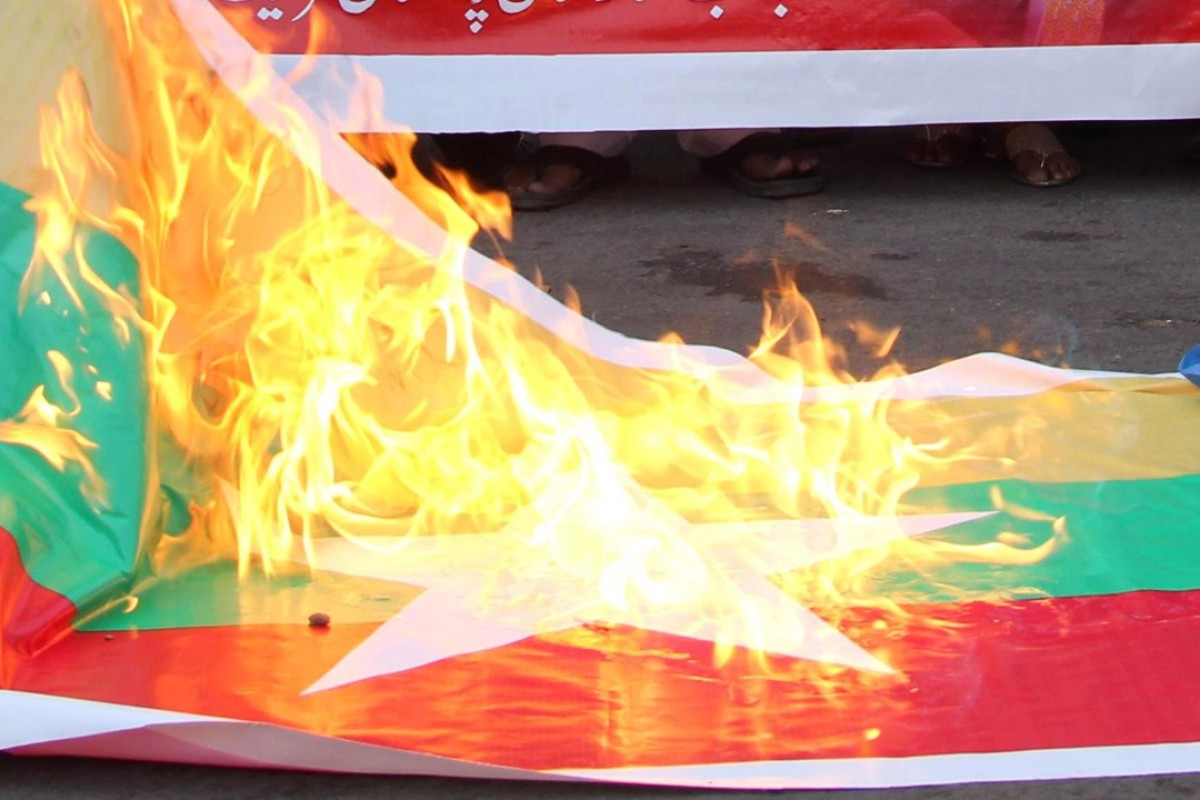 A Myanmar flag is torched in Pakistan during a protest in support of Rohingya Muslims. Photo: AFP
Protests condemning Myanmar’s violence against the Rohingya are stirring deep-seated emotions across the Muslim world that could backfire on governments and fuel radicalisation.
Thousands marched this week in Muslim cities across the globe, including Kuala Lumpur, Jakarta, and Grozny demanding an end to what they termed genocide. Glaringly absent from the list were Middle Eastern capitals.
“This is a delicate issue that calls for a quick resolution. The protests have the potential of turning against governments that are not seen to be standing up for the rights of Muslims. It also could fuel radicalisation. The last thing we need is an open confrontation between Muslims and Buddhists,” said one Arab ambassador.

Myanmar has a new insurgency to worry about

The ambassador was echoing a warning issued in an independent report by a group headed by Kofi Annan, the former UN secretary general. The report said Myanmar risked fuelling “extremism” if it did not lift restrictions on the freedom of movement and right to citizenship of its Rohingya minority. Smoke billows above a burning village in Myanmar’s Rakhine state as Rohingya shelter in a no-man’s land between Bangladesh and Myanmar. Photo: AFP
Eager for her country to be seen as taking the lead in both standing against repression of Muslims and maintaining interfaith harmony, Indonesian Foreign Minister Retno Marsudi rushed to Dhaka this week offering Bangladesh help in accommodating some 150,000 Rohingya who have fled the violence. Indonesian police, meanwhile, have forbidden protesters from staging a rally at the Borobudur Buddhist temple in central Java. Buddhist monks at the Borobudur Temple in Magelang, Central Java, Indonesia. Photo: AFP
Similarly, Turkish President Recep Tayyip Erdogan, a man known for not mincing his words, accused Myanmar of committing genocide and pledged to deliver 1,000 tonnes of food, medicine and clothing to the country’s afflicted north-western region of Rakhine. Erdogan said he would be taking the Rohingya issue to the United Nations Security Council in consultation with other Muslim nations.
Turkish Foreign Minister Mevlut Cavusoglu, accompanied by Erdogan’s wife and son, is expected to visit the Myanmar-Bangladesh border and has promised that Turkey will also provide ambulances and other equipment.
“I went to Rakhine two years ago as well, and they literally live in open prisons covered in mud. It is unacceptable for people to live under these conditions in this day and age,” Cavusoglu said.
Driving the Indonesian and Turkish efforts is more than compassion for fellow Muslims and humanitarian compassion. Indonesian Foreign Minister Retno Marsudi meets Myanmar’s State Counsellor Aung San Suu Kyi. Photo: AFP
Both Erdogan and Marsudi fear that the deep-seated emotions evoked by the Rohingya issue could strengthen ultra-conservative as well as more militant Islamic forces that have been gaining ground as Islamic State (IS) responds to setbacks in Syria and Iraq by expanding operations beyond the Middle East.
Already, Indonesia’s militant Islamic Defenders Front (FPI) has called for volunteers to wage jihad in Buddhist-majority Myanmar in defence of the Rohingya, raising the spectre of foreign fighters making their way to the country. A militant insurgency in Rakhine state would open a second front against jihadis in Southeast Asia where Filipino forces have since May been battling the IS-affiliated Maute group in the southern city of Marawi. 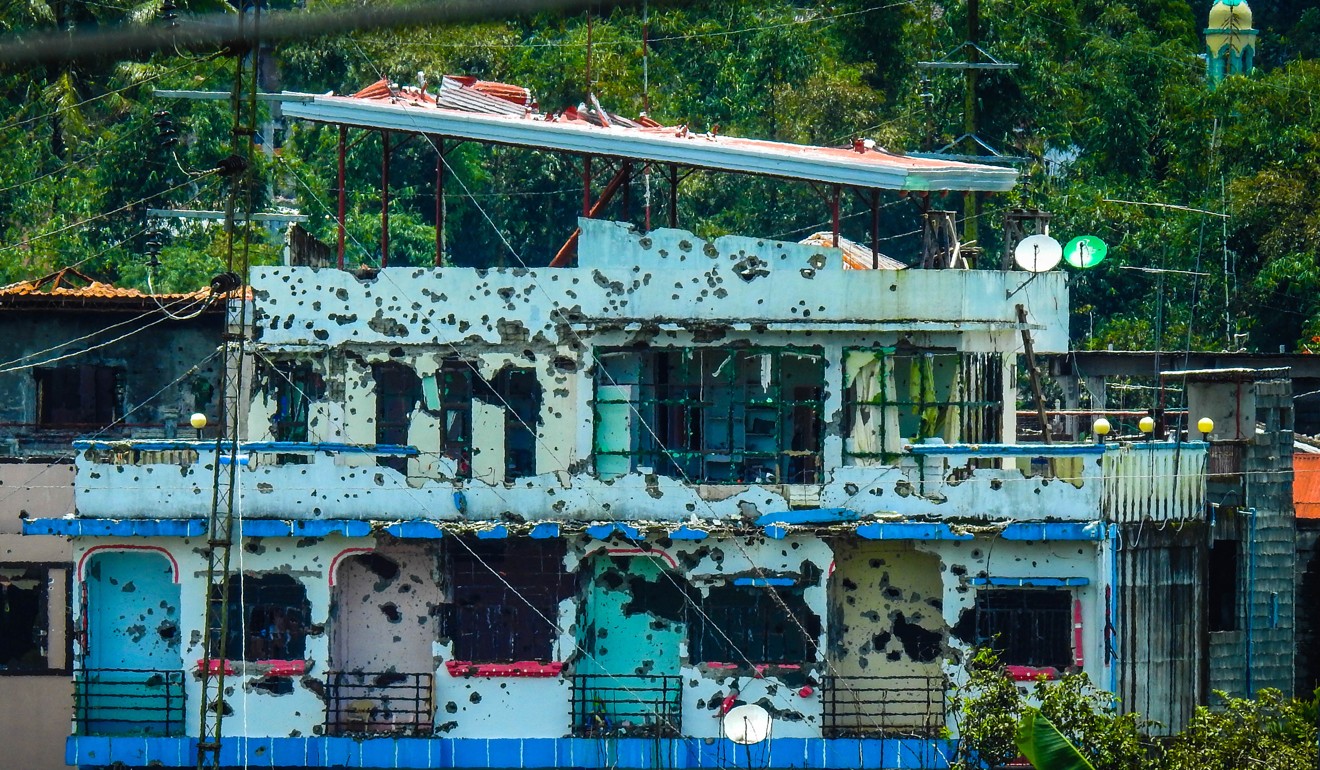 Bullet-riddled houses in Marawi, where Filipino forces have been battling the Islamic State affiliated Maute group. Photo: AFP
The FPI’s call is supported by fatwas or religious opinions issued by Islamic scholars in the last year in Saudi Arabia, the United Arab Emirates, Bangladesh and India as well as Mufti Ziabur Rahman, a Rakhine-based Saudi Rohingya cleric. The scholars argued that resistance to forces opposing Islam was legitimate.

One year on in Myanmar, is Suu Kyi’s halo slipping?

Myanmar’s most recent crackdown was sparked by attacks on police stations in late August by the Arakan Rohingya Salvation Army (ARSA), a group whose leaders are believed to have roots in Saudi Arabia, to have been trained in Pakistan, and gained experience in Afghanistan. ARSA insists that it has no ties to militants outside Rakhine state. The group is nonetheless believed to be funded by wealthy donors in the kingdom.
In a twist of irony, Arab governments fear that radicalisation in Myanmar could fuel passions in the Middle East and give new energy to militants and opposition groups alike. The fear constitutes the flip side of concerns that, since the campaign against IS in Syria and Iraq gained momentum, foreign fighters would seek new pastures in southeast Asia. 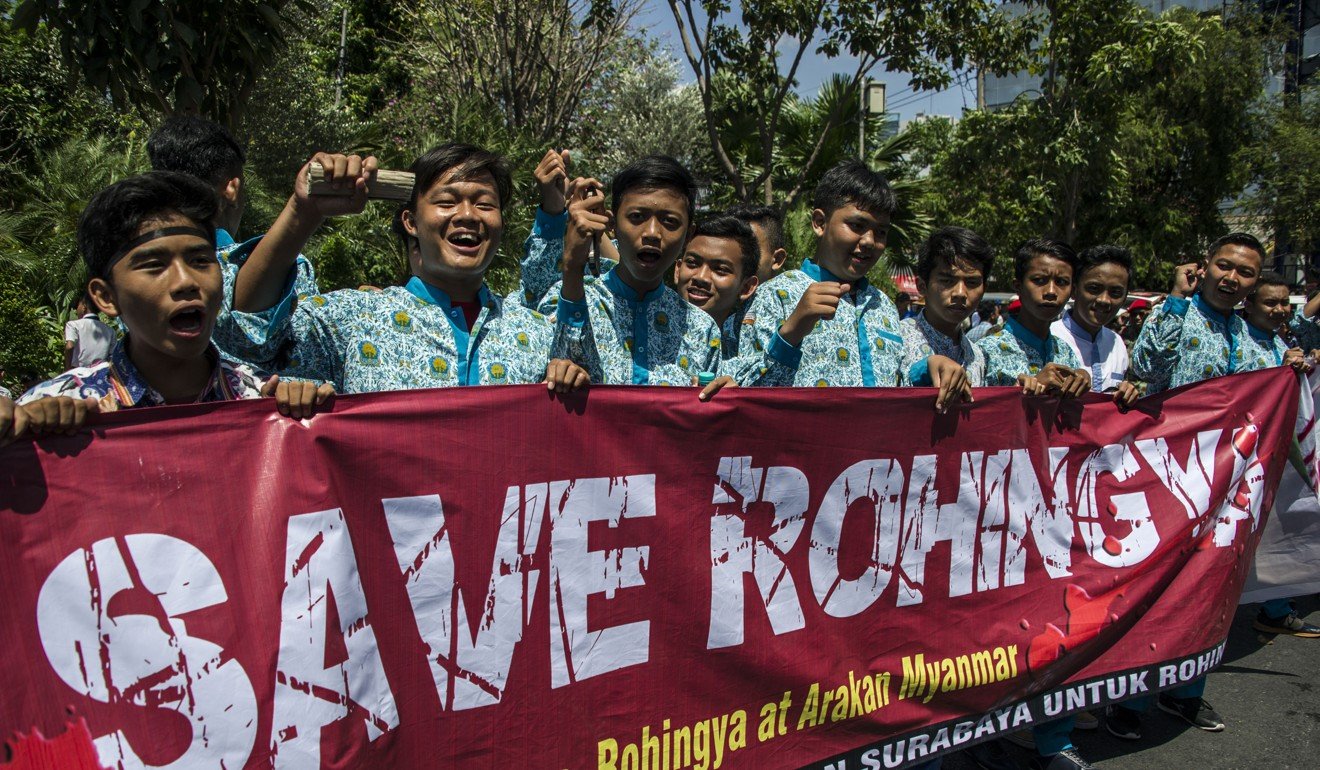 Indonesian activists in Surabaya protest against Myanmar’s actions towards the Rohingya. Photo: AFP
Before the 2011 popular Arab revolts, pro-Palestinian protests in the Middle East constituted for decades one of the few release valves to vent pent-up anger and frustration. That valve has been largely shut by increased repression in the wake of revolts as well as the dampening impact of violence in Syria and Iraq that has persuaded many to shy away from publicly challenging their rulers.
Some Arab officials fear a prolonged conflict in Rakhine state in which Muslim leaders limit themselves to verbal protests rather than taking a strong stand could serve as a vehicle for mobilisation that governments would find difficult to suppress.
Those fears could well be what galvanises Muslim governments to follow in the footsteps of Indonesia and Turkey and take more assertive action to pressure Myanmar to not only end the violence but seek a more permanent solution to the Rohingya problem. ■
RELATED ARTICLES 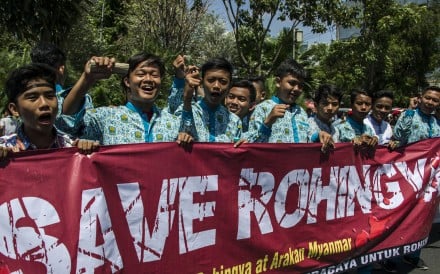 Rohingya crisis: What Myanmar’s other Muslims think of Suu Kyi 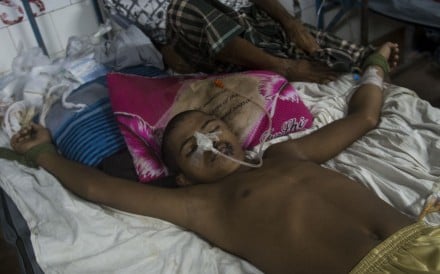 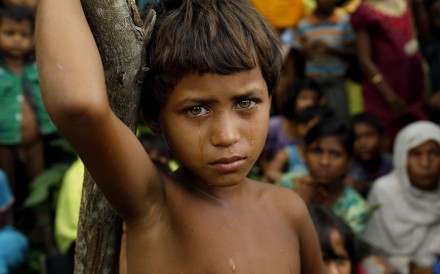 Asia’s Palestine? Myanmar’s Rohingya: stateless, persecuted and a new cause for religious extremism 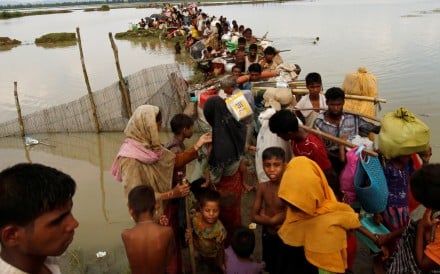 Rohingya crisis: What Myanmar’s other Muslims think of Suu Kyi

‘A bomb blew off parts of my hand’: wounded Rohingya refugees overwhelm Bangladesh hospital
James M. Dorsey is a senior fellow at the S. Rajaratnam School of International Studies and the author of The Turbulent World of Middle East Soccer blog