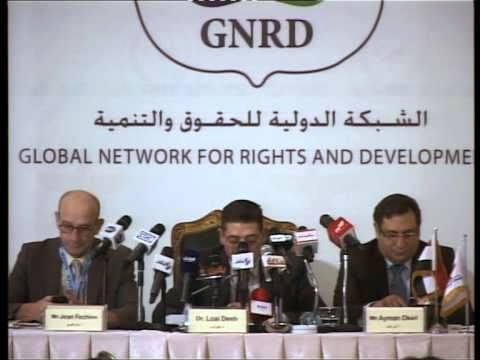 Egyptian-general-turned-president Abdel Fattah Al Sisi’s efforts to lend legitimacy to parliamentary elections scheduled for this spring have gotten off to a murky start with the appointment of a controversial, reportedly United Arab Emirates-backed human rights NGO as one of five foreign election monitors.

The appointment of Norway-based Global Network for Rights and Development (GNRD) alongside four other foreign and 63 local NGOs followed statements by the European Union and The Carter Center that they would not be monitoring the Egyptian parliamentary election in March and April. The Egyptian Foreign Ministry said the African Union would be sending 50 monitors. International NGO’s complained that they were given only a week to enter bids for the monitoring of this spring’s election.

GNRD has in the last year taken partisan stands by seeking to thwart Qatar’s hosting of the 2022 World Cup, promoting the autocratic UAE as a model of adherence to human rights and backing Mr. Al Sisi despite his poor human rights record and brutal crackdown on his opponents.

EU foreign policy chief Federica Mogherini said it would only deploy a small expert mission to report on the parliamentary elections scheduled for March and April. It said the reporting would focus "on the political environment and the electoral campaign.” The Carter Center closed its Cairo office in October and justified its decision not to monitor the parliamentary election because "the political environment is deeply polarized and that political space has narrowed for Egyptian political parties, civil society, and the media. As a result, the upcoming elections are unlikely to advance a genuine democratic transition in Egypt.”

By contrast, GNRD, declared after monitoring last year’s election of Mr. Al Sisi as president, that Egypt had embarked on “a unique process toward democratic transition,” ignoring the fact that the president before shedding his uniform had in 2013 toppled Egypt’s first and only democratically elected president; outlawed the Muslim Brotherhood, a significant political force; allowed security forces to brutally suppress protests, killing more than a 1,000 people; incarcerated thousands of his opponents; and ensured that Egyptian media excel in self-censorship.

Founded in 2008, GNRD is headed by Loai Mohammed Deeb, a reportedly Palestinian-born international lawyer who has a track record as a human rights activist, owns a UAE-based consultancy, and operated a fake university in Scandinavia, according to veteran Middle East author and journalist Brian Whitaker.

The group is funded by anonymous donors to the tune of €3.5 million a year, much of which is believed to come from the UAE, a major backer of Mr. Al Sisi’s autocratic regime. GNRD says it aims to “"to enhance and support both human rights and development by adopting new strategies and policies for real change.”

Qatar last year briefly detained two GNRD investigators who were in the Gulf state to investigate the working and living conditions of migrant workers. Qatar has been under severe pressure to reform its controversial labour system that puts employees at the mercy of their employers. A FIFA executive committee warned recently that Qatar could lose its 2022 World Cup hosting rights if it failed to move forward with promised labour reforms.

Relations between Qatar and the UAE have long been strained as a result of deep-seated and long-standing resentment by Emirati leaders of Qatar’s support for the Brotherhood. The UAE, alongside Saudi Arabia and Bahrain, returned in December its ambassador to Doha after a nine-month absence in a move that papered over their differences without Qatar conceding any real ground to demands that it cut its ties to Islamist groups.

As a result, GNRD’s credentials for judging Qatar’s labour record or the forthcoming Egyptian election are questionable. The group’s International Human Rights Rank Indicator (IHRRI) last year listed the UAE at number 14 as the Arab country most respectful of human rights as opposed to Qatar that it ranked at number 94.

The ranking contradicts reports by human rights groups, including the United Nations Human Rights Council (OHCHR), which said it had credible evidence of torture of political prisoners in the UAE and questioned the independence of the country’s judiciary. Egypt’s State Information Service reported in December that GNRD had supported the banning of the Muslim Brotherhood as a terrorist organization and called for an anti-Brotherhood campaign in Europe.

With offices in offices in Norway, Belgium, Switzerland, Spain, Sudan, Jordan and the UAE, GNRD is part of a network of reportedly Emirati-backed groups in Scandinavia and France that seek to polish the UAE’s image while tarnishing that of Qatar. It fits a larger Emirati effort that involved hiring a US lobbying firm established by former high-ranking US Treasury officials at a cost of millions of dollars to plant anti-Qatari stories in the US media, behind-the-scenes pressure on the Obama administration to revisit its relationship with Qatar and assessment of the Brotherhood; and the creation of religious groups to counter organizations headed by Doha-based Sheikh Yousef Qaradawi, an influential, controversial cleric with close ties to the Brotherhood.

The UAE has taken an increasingly activist role in opposing Islamist and jihadist groups with its participation in the US-led coalition against the Islamic State, the jihadist group that controls a swath of Syria and Iraq, and its military support for anti-Islamist forces in Libya. Nevertheless, its’ apparent effort to fuel calls for depriving Qatar of its World Cup hosting by highlighting the labour controversy backfired with the exposure of the two GNRD investigators and disclosure of its PR campaign in the US. The effort contrasted the UAE’s official backing of Qatar’s hosting of the World Cup.

The backfiring raises questions about GNRD’s credentials to act as an independent monitor of the Egyptian parliamentary election that would offer an unbiased assessment of the polling. Its appointment appears to be a nod to the UAE, which is a major financial contributor to the Al Sisi government and investor in Egypt, which is dependent on massive Gulf funding. UAE funding appears designed in part to strengthen the military’s already significant stake in the Egyptian economy.

Global Risk Advisors, an international consultancy, noted that Gulf states use their financial muscle “to expand their regional soft power. This type of soft power is usually expensive to acquire and often easily lost,” it warned. In the case of GNRD, the risk to the UAE and Egypt is primarily reputational rather than financial.

James M. Dorsey is a senior fellow at the S. Rajaratnam School of International Studies, co-director of the University of Wuerzburg’s Institute for Fan Culture, a syndicated columnist, and the author of The Turbulent World of Middle East Soccer blog and a forthcoming book with the same title.