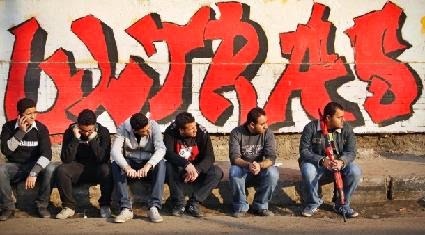 The storming constituted a rejection by the fans of an appeal by the interior ministry, which has banned spectators from attending matches for much of the last four years, to cooperate in ensuring an Egyptian triumph on the pitch. The appeal further was an effort by the ministry, the target of deep-seated soccer fan hostility because of its control of Egypt’s despised police and security forces, to pave the way for a reopening of stadia to spectators.

The appeal was also an attempt to rekindle differences among various groups of militant soccer fans or ultras whose rivalry is rooted in their intense loyalty to competing clubs at a time that an Islamist group, Ultras Nahdawy, plays a key role in mass student protests against general-turned president Abdel Fattah Al Sisi, and Ultras White Knights (UWK), the support group of Al Ahli arch rival Al Zamalek SC that like the Ahli fans played a key role in Mr. Mubarak’s overthrow, is fighting an attempt in the courts to outlaw it as a terrorist organization.

The ministry had said it would temporarily lift the ban on spectators and allow 25,000 fans to attend Ahli’s match against Sewe Sport. "We ask Al Ahli fans to help us to play our role in securing the match, as we and they are working for the sake of Egypt, our motherland. We are not their enemies, this match will be broadcast in most African countries and we want good image of Egyptian football,” the ministry said in a statement before the storming.

Ultras Ahlawy – UA07, the militant support group of Al Ahli many of whose members believed they would be barred from entry to the stadium, responded on its Facebook page that has more than 1.1 million followers with a text entitled “Try entering the stadium.” The text reflected the ultras’ hostility towards the security forces as well as a failure to implement an earlier agreement to replace security forces in the stadia with private security company personnel. Ultras said privately that the group would respond to the ministry appeal in good time.

A ministry statement said 2,000 fans had stormed the Cairo International Stadium by using a truck to break down one of its gates. "All the legal procedures are being applied to handle the situation and also to avoid the existence of provocateurs among those who stormed the stadium," the statement said.

The ministry said the storming of the stadium was resolved with the fans’ agreement to leave and be searched before re-entering to watch the match. The agreement came after the ministry had reportedly threatened to cancel the game in a move that could have severely damaged the fan’s image but also made the ministry vulnerable to claims that it had weakened Al Ahli’s chances of winning the title.

For much of the past months, militant soccer fans have made their mark on university campuses that had become a focal point of protest against Mr. Al Sisi’s regime rather than in stadia that had been closed. The influence of Ultras Nahdawy, a group was formed by militant pro-Brotherhood supporters of Zamalek and Al Ahli that has since distanced itself from the Islamist group, is visible in video clips of the student protests in which protesters much like militant fans in stadia jump up and down while chanting and fire off coloured flares and smoke bombs.

The battle of the students and the fans is one for public space and against efforts by Mr. Al Sisi to depoliticize youth emboldened by its success in overthrowing a dictator after 30 years in office and angered by their being side-lined in the wake of their successful revolt and the rolling back of heavily fought achievements.

Lack of public space under Mr. Mubarak who tolerated no uncontrolled public space propelled highly politicized, well-organized, street battle-hardened soccer fans to the forefront of anti-government protest. History threatens to repeat itself under Mr. Al Sisi despite the fact that the president acknowledges that he and his predecessors have failed to reach out to youth under the age of 25 who account for half of the Egyptian population.

That gap was fuelled by the side lining of the youth almost from the day that Mr. Mubarak was forced to resign. It was further evident with relatively few youth participating in a referendum under military-backed rule following the coup against Mohammed Morsi, Egypt’s first and only democratically elected president, and in Mr. Al Sisi’s election. The low youth participation stood in stark contrast to the large numbers that participated in parliamentary elections in 2012 and the polls that brought Mr. Morsi to power.

Mr. Al Sisi has promised to correct the situation by creating a National Youth Council, increasing opportunities for youth participation in politics, and enhancing scholarship openings for study overseas. At the same time, the president warned students and youth from engaging in activity “with questionable political goals that serve the interests of unpatriotic groups in their endeavour to destroy the nation.”

Mr. Al Sisi’s warning appears to have so far fallen on deaf ears with a large number of students, fans and youths evidently putting little faith in his promises. The storming of the stadium was the last indication of the president’s failure to convince his detractors of his sincerity.

The storming highlighted soccer facilities as but one of a number of flashpoints of opposition to Mr. Al Sisi’s regime. Other potential soccer-related flashpoints include the pending court case that could lead to the banning of the UWK initiated with regime backing by maverick Zamalek chairman Mortada Mansour and the appeal against the sentencing to death of 21 people and lengthy prison sentence for others on charges that they were responsible for a 2012 politically loaded brawl in Port Said in which 74 Al Ahli SC fans died. Al Ahli fans blame the military and security forces for the deaths.

James M. Dorsey is a senior fellow at the S. Rajaratnam School of International Studies, co-director of the University of Wuerzburg’s Institute for Fan Culture, and the author of The Turbulent World of Middle East Soccer blog and a forthcoming book with the same title.
Al Ahly (Egypt) Al Zamalek Egypt Ultras