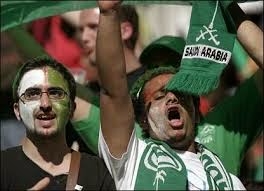 Mounting anger among Saudi soccer clubs at their subjugation to quotas designed to encourage employment of Saudi nationals and reduce dependence on foreign labour illustrates problems encountered by wealthy Gulf countries in balancing the contradictory demands of labour markets, often lopsided demographics, social contracts involving a cradle-to-grave welfare state that creates unrealistic employment expectations, and organizations’ need to hire personnel on the basis of nationality rather than merit.

The clubs, many of which are owned by members and associates of the ruling Al Saud family but publicly funded, warned that a Labour Ministry decision to include them in a quota system intended to force the private sector to hire a larger number of Saudi nationals could disadvantage them by preventing them from hiring foreign talent.

The clubs’ complaint mirrors problems across the Gulf with government efforts to encourage preferential employment of nationals. The complaint is particularly stark given that the kingdom unlike smaller Gulf states like Qatar and the United Arab Emirates still boasts a population in which nationals constitute a majority, if only a slim one. Qataris, for example, account for a mere six percent of the Qatari labour market, making the country wholly dependent on foreign labour with no prospect of altering the market balance.

As a result, labour quota systems may encourage nationals to consider a wider range of employment opportunities but are unlikely to resolve the underlying demographic problem. The quotas also at times force organizations to hire nationals who may be less qualified or motivated than foreigners – a concern among football clubs where foreign talent plays a key role. The problem of Saudi clubs is compounded by the kingdom’s reluctance to encourage Saudi players to garner experience by playing abroad for foreign clubs.

The anger of Saudi clubs at the Labour Ministry decision comes moreover at a time that Gulf states with Qatar and the UAE in the lead are under mounting pressure to abolish restrictive labour systems that put foreign employees at the mercy of their employers. Human rights and trade union activists, who originally targeted Qatar after its winning in 2010 of a bid to host the 2022 World Cup, have in recent months expanded their campaign to include various Gulf states.

In contrast to world soccer body FIFA president Sepp Blatter who this week denied that his group was accountable for the welfare of migrant labour in Qatar, International Association of Athletics Federations (IAAF) vice president Sebastian Coe said his group would hold Qatar responsible for human and labour rights. The IAAF last month awarded Qatar the 2019 athletics world championship.

“I recognise that there are political implications about taking sport into different environments and with that falls responsibility to international federations. Labour conditions and how your event is delivered are very important issues for federations and particularly for young people. And if we are engaging with young people, they sit at the moral hotspots of all those big global issues and it is absolutely essential sport confronts them,” Mr. Coe told a news conference in London.

His remarks were in line with a growing willingness in sports driven by International Olympic Committee president Thomas Bach to make human rights a criterion for the awarding of hosting rights for mega sports events.

The six members of the Gulf Cooperation Council (GCC) – Saudi Arabia, Qatar, the UAE, Bahrain, Kuwait and Oman – agreed earlier this week on measures to improve the working and living conditions of migrant workers in a bid to fend off more far-reaching demands by human rights and trade union activists, including the abolition of the restrictive kafala or sponsorship system and the right to organize freely.

An estimated 15 million migrant workers of which a majority hail from Asia are employed in the Gulf. Foreigners account for almost half of the GCC’s total population of 50 million.

The Saudi clubs, in an environment in which demographics is a sensitive subject that is only cautiously if at all discussed publicly and in which parties are reluctant to publicly criticize a policy that is projected as a national initiative, have framed their criticism of the labour ministry decision in terms of their classification as private sector employers.

“The ministry has not classified us appropriately and is treating us as part of the private sector. We are obliged to hire Saudis just to stay away from the red category (that indicates failure to meet the Saudization quota). We are incapable of helping the Saudization effort as we are in need of foreigners,” the Saudi Gazette quoted Al-Salam FC president Fadil Al-Nimr as saying.

To bolster their objection to being classified as private enterprises, soccer club executives argued that their budgets were funded and supervised by the kingdom’s General Presidency of Youth Welfare (GPYF) that is responsible for sports in the country and is headed by a member of the ruling family.
“We are not a profitable organization to be treated like private companies. We are under constricted budgets allocated by the government to serve the country,” the head of Ittifaq FC, Abdulaziz Al-Dowsari told the Gazette.

The club’s spokesmen, Adnan Al-Muaibid, added that the club’s legal arrangements, budget and administration were the responsibility of the GPYF. “We should not be included in Nitaqat (quota) program. Its conditions do not apply to us and is restricting our athletic and financial status. We will challenge the decision and we are currently trying to deliver our opinions to the ministry,” Mr. Al-Muaibid said.

Unwittingly, the executives’ opposition to the quota system highlighted tight government control of soccer in the kingdom and much of the rest of the Middle East and North Africa despite efforts by FIFA and the Asian Football Confederation (AFC) to maintain the fiction of a separation of sports and politics.

Saudi Arabia has long had a complex relationship with the sport that evokes passions similar to those sparked by religion and social issues and was only legalized in the kingdom in 1951. Saudi authorities recently considered emphasizing individual rather than team sports in drafting the kingdom’s five-year, men-only national sports plan, but ultimately backed away from the suggestion because of soccer’s immense popularity. Saudi clerics rolled out mobile mosques during the 2010 World Cup in South Africa in an effort to persuade fans gathered in cafes to watch matches to observe obligatory prayer times.

James M. Dorsey is a senior fellow at the S. Rajaratnam School of International Studies, co-director of the University of Wuerzburg’s Institute for Fan Culture, and the author of The Turbulent World of Middle East Soccer blog and a forthcoming book with the same title.