The Cairo Talks: Mediation or End Game in the Gaza War? 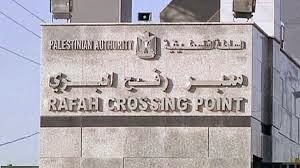 Joint efforts by Israel and Egypt to prevent Hamas from emerging from the Gaza war with a political victory not only threaten to undermine efforts to achieve a formal Israeli-Palestinian ceasefire but could also close the door to a potential breakthrough that would allow for Palestinian economic development, the creation of building blocks for a future resolution of the conflict, and at least a partial reversal of damage to Israel’s international standing.

Key to the stalled Egypt-led talks in Cairo to negotiate an end to fighting between Israel and Hamas, the Islamist militia that controls the Gaza Strip, is the intimate relationship forged between Israeli and Egyptian leaders since the military coup that toppled Egyptian President Mohammed Morsi a little more than a year ago. The relationship is built on shared political goals, first and foremost among which deep-seated animosity towards the Muslim Brotherhood, of which Hamas is an offshoot.

At the core of the virtual breakdown of the ceasefire talks is Hamas’ demand backed by all Palestinian factions, including the Palestine Authority headed by President Mahmoud Abbas that any halt to the fighting involve a lifting of the Israeli-Egyptian blockade of Gaza. It is a demand that addresses not only Israel but also Egypt which has refused to reverse its closing of border crossings with Gaza. For its part, Israel has demanded with Egyptian support the demilitarization of Gaza.

On the face of it, the gap between the Israeli and Palestinian negotiating position would seem hard to bridge.
Lifting the Gaza blockade would hand Hamas a political victory. Demilitarization would constitute a political defeat at a time that Palestinians are winning international sympathy; Israel’s image has been severely tarnished as it faces mounting criticism from some of its closest allies and a significantly strengthened movement calling for a boycott of and sanctions against the Jewish state; and world leaders, including President Barak Obama, are starting to question the blockade of Gaza.

Bridging that gap is no mean fete. It threatens to be a still-born baby when the mediator shares the political goals of one of the parties and is reluctant to put forward demands of the other party because they contradict the mediator’s own objectives. Yet, that is what is happening in Cairo.

Egypt demonstrated its approach when it a month ago it put forward the very first proposal to achieve a ceasefire in the Gaza war. The proposal was rejected by Hamas because Egypt did not even bother to consult it before putting its proposal forward. Egypt has maintained its approach throughout the talks that last week succeeded in silencing the guns for 72 hours but have failed to advance prospects for a more long-lasting ceasefire.

Throughout last week’s talks Egypt has sought to water down the Palestinian demands for a lifting of the blockade and the building of a port in Gaza that would give the strip its only link to the outside world that would not go through Egypt or Israel. In an absolution of responsibility, Egypt advised the Palestinians that their demand for an opening of Egypt’s border crossings with Gaza had been rejected by Israel. Egypt advised the Palestinians that an easing or lifting of the blockade would only be possible in exchange for demilitarization, the effective defanging of Hamas and other militant groups in Hamas. Palestinian negotiators have stuck to their core demands but dropped several of their conditions for a permanent ceasefire including the release of Palestinians who had been freed as part of US-sponsored peace talks earlier this year and have since been re-arrested and expansion from three to 12 miles of Gaza’s territorial waters.

While Israel has rejected the demand for a port as well as safe passage for Palestinians travelling between Gaza and the West Bank it has said it would allow the transfer of funds for the payment of Hamas government employees and the rebuilding of the territory as well as some easing of restrictions on border crossings. Israel has also backed down on its opposition to a Hamas-backed national unity government headed by Abbas that would extend its rule to Gaza. In agreeing to a reconstruction of Gaza, Israel has however insisted on strict controls on any goods that could be used to build tunnels or weapons.

If the peace talks have produced anything, it is a conviction among Palestinian negotiators that Israel would like to see an end to the hostilities. The problem is that this reinforces Palestinian resolve. The dilemma is that “Israel demands a cease-fire before renewing negotiations, whereas Hamas believes that only rocket fire will make Israel more flexible,” said prominent Israeli journalist Zvi Bar’el in Ha’aretz newspaper.

Egypt appears for now to have closed the door to avenues that could lead to a bridging of the gap between the Israeli and Palestinian negotiating positions such as international policing of any agreement that would be implemented incrementally based on fulfilment of obligations by both parties at each stage of the process. Egypt argued that such steps should be part of peace rather than ceasefire negotiations. Egypt’s “only concession so far has been to hold talks even in the absence of a cease-fire,” Bar’el concluded.

The stalemate in the talks in the absence of an honest broker holds out little hope for a semi-permanent silencing of the guns. Egyptian strongman-turned-president Abdel Fattah Al Sisi appeared to be signalling that with his departure on Sunday for visits to Saudi Arabia, his main foreign backer, and Russia. He has left General Mohammed Ahmed Fareed al-Tohami, the head of Egyptian military intelligence, the agency traditionally dealing with Israeli-Palestinian issues, in charge of the stalled talks.

Israel meanwhile appears to be taking care since the last ceasefire elapsed that fewer civilians are killed in the fighting witness the significantly lower casualty figures in recent days. Gaza moreover no longer monopolizes the top of the international agenda with the United States entering the Iraqi fray in a bid to roll back advances by the Islamic state, the jihadist group that controls a swath of Syrian and Iraqi territory and threatens the semi-autonomous Kurdish region in northern Iraq as well as Lebanon.

Egypt’s effort to exploit the Cairo ceasefire talks to its and Israel’s advantage is a reflection of a successful Israeli diplomatic effort over the past year to convince Al Sisi that they share common interests. A report in The Wall Street Journal suggests that if anything Al Sisi is more hard line towards Hamas than the Israelis themselves.

The paper quoted Israeli officials as worrying that Egypt’s closure of tunnels leading from Gaza to the Sinai that with the blockade were crucial for the delivery of badly needed civilian supplies without offering the Palestinians an alternative supply line could backfire. “They were actually suffocating Gaza too much,” the Journal quoted an Israeli official as saying. While Egypt seems bent on effectively destroying Hamas, Israel wants to see a severely weakened Hamas that is nonetheless capable of controlling more militant groups in Gaza. Egyptian attitudes toward Gaza are highlighted by the fact that Egypt since the toppling of Morsi has accused Hamas of conspiring with Morsi and the Brotherhood against the Egyptian state. In fact, some of the charges being levelled against Morsi in legal proceedings in Egypt involve Hamas.

A senior Israeli official, General Amos Gilad, the Israeli defence ministry’s director of policy and political-military relations, who played a key role in forging the Israeli-Egyptian alliance, hinted at the two countries’ close cooperation during a recent visit to Singapore. “Everything is underground, nothing is public. But our security cooperation with Egypt and the Gulf states is unique. This is the best period of security and diplomatic relations with the Arabs. Relations with Egypt have improved dramatically,” Gilad said.

It is a cooperation that in the short-term allows Israel to proceed with its military effort to soften Hamas in the hope that it will be able to dictate terms for a halt to the fighting. It could also allow Hamas and Israel to observe an undeclared ceasefire. In the medium-term however, it is a strategy that is likely to backfire given the newly found resilience among Palestinians based on their military performance over the past month. Palestinians realize that they are in no position to defeat Israel militarily. They don’t need to as long as they stand their ground. Politically, the war in Gaza despite Egyptian support, is likely to go down in history as one of Israel’s most significant setbacks.