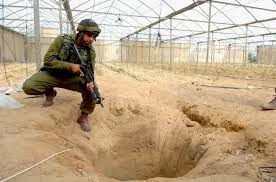 Qatar’s hosting of the 2022 World Cup has emerged as the latest target of an undeclared alliance between Saudi Arabia and Israel that with the war in Gaza has sharpened political fault lines in the Gulf as a result of Qatar’s support for the Muslim Brotherhood, Hamas, and other groups inspired by political Islam.

A spate of reports in Israeli and international media seeks to link Qatar’s strategy to position itself as a global soccer power house to efforts to infuse young players being educated and trained at its Aspire Academy for Sports Excellence with precepts of militant Islam. Aspire sponsors a talent scouting program that puts some 500,000 youths a year through trials in 16 countries in Africa, Asia and the Americas, 20 of which are selected for training at its academies in Doha and Dakar, Senegal.

The reports further seek to discredit Qatar’s role as one of two countries alongside Turkey that have played an important role in international efforts to achieve a ceasefire in Gaza because of their relationship with Hamas, a group that is shunned by the United States and the European Union who view it as a terrorist organization. The reports charge that beyond financial support and hosting Hamas leaders in Doha, Qatar is actively involved in helping Hamas build a sophisticated military infrastructure.

The reports come against the background of a war of words between Israel and Qatar and condemnations by Saudi Arabia and other Arab states of Israel’s assault on Gaza that ring hollow in the absence of any real Arab effort to achieve a halt to the fighting. Ironically, amid the vitriol Qatar has emerged for the second time in a decade as the only Arab state without a peace treaty or diplomatic relations to have ever directly invested in Israel with a $4.6 million investment in two Israeli Palestinian soccer clubs.

Qatar has yet to respond to the latest allegations but Qatari Foreign Minister Khalid Al Attiyah said in an earlier CNN interview  that  ”Qatar does not support Hamas, Qatar supports the Palestinians.” Mr. Al Attiyah accused Israel of systematically sabotaging US-sponsored efforts to resolve the Israeli-Palestinian conflict over the past year.

Qatari emir Sheikh Tamim bin Hamad Al Thani was reported to have complained this weekend to United Nations Secretary General Ban-Ki Moon about the UN’s premature condemnation of Hamas for alleged capture of an Israeli soldier who has since been confirmed to have been killed in the fighting in Gaza.

Qatar has a long standing relationship with the Muslim Brotherhood, of which Hamas is an offshoot, that dates back to before the Gulf state became independent. The relationship serves as a vehicle for Qatar, the only Muslim state alongside Saudi Arabia that adheres to Wahhabism’s puritan interpretation of Islam, to avoid a Saudi-style political structure in which the ruling family shares power with a conservative clergy.

In the latest news report, The Daily Telegraph reported that members of Qatar’s ruling Al Thani family had hosted militant Muslim clerics, some of whom are banned in Britain, at a recent Aspire festival in Doha.

The clerics, according to the Telegraph, included Mohamad bin Abdul Rahman al-Arefe, a professor at Riyadh’s King Saud University who has more than 12 million followers on Facebook. Mr. Al-Arefe has been banned from travel to Britain and Switzerland because of his denunciations of Shiite Muslims in line with the kingdom’s sectarian ideology and policy and the fact that he appeared at a mosque in Cardiff alongside two youths who subsequently were featured in a video of the Islamic State, the jihadist group that controls chunks of Syria and Iraq.

The clerics also were said to have included Wagdy Abd el-Hamid Mohamed Ghoneim, an Egyptian-born, Doha-based fundraiser for Hamas known for his anti-Semitic speeches who moved to Qatar after being detained in the United States for alleged violation of his immigration status and has been banned from Britain for “seeking to foment, justify or glory terrorist violence.” Mr. Ghoneim has also been barred from visiting Switzerland and Canada.

The Daily Telegraph report contrasted starkly with the portrayal of the festival by DohaStadiumPlusQatar.com. The Qatari sports news website said that Aspire’s Ramadan Sports Festival involved soccer, basketball and handball tournaments as well as competitions for women and the disabled that were organized in cooperation with the Qatar Women’s Sport Committee and Qatar Paralympic Committee.

Earlier, The Times of Israel quoted an Israeli cyber security specialist as saying that Qatar had funded the acquisition by Hamas of sophisticated equipment and systems to manage its tunnel system, a major target of the Israeli assault on Gaza, as well as structures to fire rockets using automatic, timed launching systems. The paper quoted Aviad Dadon of Israeli cyber-security firm AdoreGroup that advises several Israeli ministries as telling Israeli army radio that Qatar had also trained Hamas personnel in the use of the equipment.

Mr. Dadon said further that 70 percent of all cyber-attacks on Israeli government web sites in recent weeks had been traced to IP addresses associated with Qatar. Mr. Dadon said that Qatar, concerned about an escalation in its rift with Saudi Arabia, which has banned the Muslim Brotherhood as a terrorist organization and backed last year’s military coup in Egypt against the Brotherhood government of President Mohammed Morsi, sees Gaza as an opportunity to test its investment of hundreds of millions of dollars in defensive and offensive cyber capabilities. “Qatar looks at this war between Israel and Hamas as a proving ground. They are taking lessons from the performance of their cyber-equipment and will improve them even further for the next war, which will be even more cyber-oriented than this one,” Mr. Dadon said.

Eli Aviad, the Israeli official who headed his country’s liaison office in Doha until Qatar ordered it closed in response to the 2009 Israeli attack on Gaza said in an interview with the army radio that “the US is aware of what is going on, but Qatar has spent a lot of money to ensure it has a good relationship with Washington — witness Secretary of State John Kerry’s insistence that Qatar be included in negotiations on a cease-fire in Gaza. What does Qatar have to do with this?”

DEBKAFile, a news website with close ties to Israeli intelligence reported that Hamas command and control centres appeared “to be well equipped with complex tactical and encrypted communications systems for dual functions: Linking the fighting, medium command and the staff levels; and electronic interference and possible jamming of the signals of the IDF's drones, or even their interception, as well as eavesdropping on the IDF's communications and signals networks and visual devices.”

In an editorial, The Jerusalem Post asserted that the cost of hosting the World Cup “alone could solve all Palestinian economic problems several times over, but Qatari money is not earmarked for such purposes. Moreover, Qatar’s stake in the 2022 World Cup is itself a gargantuan model of influence-peddling. Mostly American firms are contracted to build the infrastructure, thereby intensifying American business interests in Qatar… Had any vestiges of fairness existed, the World Cup would be relocated and Qatar’s role in commissioning strife throughout the Middle East would be critically scrutinized.”