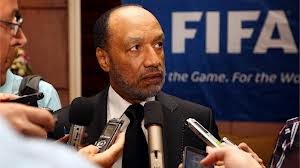 Did Qatar buy the World Cup?

A disclosure by British weekly The Sunday Times of millions of documents allegedly revealing massive Qatari vote buying in the Gulf state’s successful bid to host the 2022 World Cup could rejigger the Gulf’s fragile balance of power, reverse hopes that Qatar would initiate significant social change in the region, and return the worst corruption crisis in global soccer governance to the top of the agenda.

The documents appear to show how disgraced former FIFA vice president and Asian Football Confederation president Mohammed Bin Hammam, a Qatari national, used a secret $5 million slush fund to make dozens of payments, primarily to African soccer executives, to create the basis for a vote in favour of Qatar in FIFA’s executive committee. The committee awarded the 2022 World Cup to Qatar in a controversial vote in December 2010.

The disclosure comes as Michael Garcia, FIFA’s independent investigator into the corruption allegations, was scheduled to meet members of Qatar’s bid committee. FIFA officials suggested prior to the disclosure that Mr. Garcia’s two-year long investigation was unlikely to produce a smoking gun.

Qatar has long denied any wrongdoing and sought to distance itself from Mr. Bin Hammam who was at the centre of the corruption scandal. Mr. Bin Hammam was two years ago banned by FIFA for life from involvement in professional soccer on charges of “conflict of interest” related to an internal audit about his financial and commercial management of the Asian soccer body. Like Qatar, Mr. Bin Hammam has consistently denied the allegations.

The documents counter Qatari assertions that they opposed Mr. Bin Hammam’s 2011 bid for the FIFA presidency that sparked his downfall because a Qatari win of the World Cup and simultaneous control of the world soccer body would have been too much at the same time. They also counter Qatari suggestions that the Gulf state and Mr. Bin Hammam had parted ways to the degree that the former FIFA executive had supported Australia’s bid against Qatar.

The potential fall-out of The Sunday Times revelations could be massive:


Qatar has yet to respond to The Sunday Times report but has systematically refused to give a full accounting of its bid to win its World Cup hosting rights, including the budget of the bid and how it was spent as well as its relationship with Mr. Bin Hammam. A simple denial of The Sunday Times report is unlikely to put to bed the allegations that have persisted for more than three years.