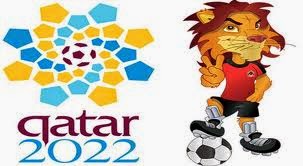 Fresh allegations by a British Sunday paper of Qatari wrongdoing in its successful bid to clinch the hosting of the 2022 World Cup have increased pressure for transparency by the Gulf state whose flat denials ring hollow against the backdrop of past assertions of some of its officials. They also increase pressure on governing world soccer body FIFA to investigate the claims amid suggestions that its independent investigator will complete his report without a full review of millions of documents The Sunday Times say it has obtained.

The paper said on Sunday in a second report in as many weeks that disgraced former FIFA executive committee member and Asian Football Confederation (AFC) president Mohammed Bin Hammam, a Qatari national with past close ties to his country’s leadership, had employed the Gulf state’s energy wealth to further the Qatari bid. The paper reported last week that Mr. Bin Hammam, who two years ago was banned for life by FIFA from involvement in professional soccer because of alleged ‘conflicts of interest,’ had also wooed football executives from Africa and Oceania with gifts, junkets and cash hand-outs.

To be fair, it remains unclear whether the latest allegations by The Sunday Times constitute a legal violation of FIFA’s notoriously loose rules and regulations that govern World Cup bids. FIFA Secretary General Jerome Valcke in a letter to bidders dated five months before the FIFA executive committee meeting that awarded the 2018 World Cup to Russia and the 2022 tournament to Qatar warned bidders that “according to Clause 11.2 on the rules of conduct, amongst others, the Member Associations and Bid Committees shall refrain from attempting to influence members of the FIFA Executive Committee or any other FIFA officials in particular by offering benefits for any specific behaviour.” Mr. Valcke announced a new policy according to which bidders were obliged to report all direct or indirect contacts with members of the FIFA executive committee or their national soccer associations.

Former New York prosecutor Michael Garcia who has spent the past two years as independent FIFA investigator probing the Qatari bid is under pressure from Mr. Valcke to tentatively report his findings before the opening of this year’s World Cup in Brazil at the end of this week. Japan’s Sony Corporation, worried about the reputational damage it could suffer as a sponsor of the World Cup, appears to want to thwart that by calling for an investigation of The Sunday Times’ findings.

Mr. Valcke’s failure to include in his policy announcement World Cup-related contacts by officials who are not formal members of a bid committee raises questions given the close ties that FIFA and its members maintain with political leaders and elites and the group’s insistence on the fiction that politics and sports are separate. Moreover, FIFA president Sepp Blatter suggested three years ago that the group was fast and loose in enforcement of its rules when he downplayed allegations of a vote swap between Qatar and Spain and Portugal who were bidding jointly for the 2018 World Cup.

In its latest revelations, The Sunday Times reported that Mr. Bin Hammam had facilitated a meeting between an aide to controversial Thai Football Association president and FIFA executive member Worawi Makudi, who has faced down past charges of corruption, and a Qatari deputy prime minister as well as the head of Qatar gas at a time that the Southeast Asian nation was seeking to renegotiate a liquefied gas deal.

The paper further asserted that Qatar and Russia had discussed joint gas projects two days after Mr. Bin Hammam had visited Moscow to talk about cooperation in sports. It said that Mr. Bin Hammam had also arranged a meeting between the Qatari bid committee and Michel Platini, the head of European soccer federation UEFA, a FIFA executive committee member and a potential challenger to Mr. Blatter in next year’s FIFA presidential election. Mr. Platini’s son is reportedly affiliated to a Qatari state-owned sports entity. Mr. Platini has denied reports that he discussed the Qatari bid with Mr. Bin Hammam as well as any connection between his son’s job and his vote in favour of Qatar in the FIFA executive committee. He said a meeting with Mr. Bin Hammam reported by The Daily Telegraph had focused on the 2011 FIFA presidential election.

It was not always clear from The Sunday Times’ reporting whether Mr. Bin Hammam’s efforts were always related to the Qatari bid or also to his own effort to challenge Mr. Blatter in the group’s 2011 presidential election. Mr. Bin Hammam’s downfall as the most senior Qatari in world soccer governance began with allegations that he had sought to buy the votes of Caribbean officials for his presidential bid. Mr. Bin Hammam, who was forced to withdraw his presidential bid, has since been at the centre of the worst scandal in soccer history that has percolated for close to four years.

Qatar has consistently denied any wrongdoing and has insisted that Mr. Bin Hammam was not involved in its bid to host the World Cup that has been mired in controversy since its awarding. It has however refrained so far from providing transparency about its bid campaign that benefitted from a budget far larger than that of its competitors, the United States, Australia, South Korea and Japan. It has also yet to provide evidence for its assertion that Mr. Bin Hammam was not associated with its World Cup bid.

Qatar has a vested interest in squaring the circle given the fact that the controversy puts at risk the enormous investment it has made in a soft power approach to its security and defence policy that recognizes that despite its wealth it will never have the military power to defend itself against potential external threats. The success of Qatar’s soft power rests on its ability to project itself as a good and responsible member of the international community.

In many ways it has succeeded in doing so with a world class airline that catapulted Doha into a transportation hub connecting continents, a global television network despite controversy over its perceived support of Islamist groups like the Muslim Brotherhood, high profile commercial and arts investments, and a fast paced diplomacy geared towards mediation like in this month’s exchange of an American soldier captured in Afghanistan for five Taliban members held in Guantanamo Bay.

All of that could be put at risk by the persistent allegations of wrongdoing in the World Cup. With statements at the time of the bid by Qatari officials praising Mr. Bin Hammam’s role and statements by Mr. Bin Hammam himself that were not denied by Qatar that he was working on behalf of his country’s bid, Qatar will have to do substantially more to avert what is becoming not only a public relations fiasco but could pose the most serious threat yet to retaining its right to host the World Cup.

The chairman of the Qatar 2022 bid committee, Sheikh Mohammed bin Hamad bin Khalifa Al Thani, a brother of Qatar’s emir, Sheikh Tamim bin Hamad bin Khalifa Al Thani, who was crown prince at the time of the Qatari bid, described in November 2010 in an interview with World Football Insider barely a month before the FIFA executive committee vote Mr. Bin Hammam as the bid’s “biggest asset” and a mentor of his team.

In an apparent reference to Mr. Valcke’s policy announcement, Sheikh Mohammed said: “When it comes to executive committee members we don’t really get involved in what happens inside the committee because FIFA is very strict. But outside the executive committee and within the bid itself Mohamed Bin Hammam has been a very good mentor to us. He’s been very helpful in advising us how to go about with our messaging and can have the biggest impact. He’s always been advising us and always been by our side. He’s definitely our biggest asset in the bid.”

Writing on his blog at about the same time, Mr. Bin Hammam, in contradiction to later suggestions by Qatari officials that the soccer official opposed his nation’s bid because it could undermine his FIFA presidential aspirations, strongly endorsed the Qatari World Cup effort. “Qatar is the representative of the people occupying the area between Mauritania in the Atlantic, to Aden in the Red Sea; and the land of more than 350 million people,” Mr. Bin Hammam wrote.

He said that “Qatar dreams that the power of football will enhance and consolidate the value of tolerance, respect, friendship and peace among us, the people of the Middle East” and suggested that Qatar’s role as a mediator in regional conflicts would be enhanced by winning the hosting of the World Cup.