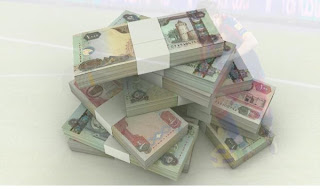 Middle Eastern investors have adopted a new strategy of buying low and selling high with a series of acquisitions of second and third tier European soccer clubs.

In the most recent acquisition, Saudi Prince Abdullah bin Mosaad, the billionaire former president of Saudi Arabia's most successful club Al Hilal and founder and chairman of the publicly-listed Saudi Paper Manufacturing Group, the largest paper tissue manufacturer in the Middle East, bought a 50 per cent stake in Sheffield United with the aim of helping the club graduate from the third league to England’s Premier League.
"This is the best way to make profit if the club rises to League One and then the premiership," the prince, the first member of the Saudi ruling family to invest in a foreign soccer team, said.

Since acquiring the club less than a year ago, GFH Capital has sold more than half of its holding to other Middle Eastern investors.

“I see Leeds as a sleeping giant and the more I am involved, the more I appreciate that. There were many clubs available for sale in the Championship, but Leeds have a different reputation and because of this potential that we were attracted,” said Salah Nooruddin, Bahrain-based businessman, who became chairman of Leeds after buying a 3.3 percent stake in the club from GFH Capital.

GFH’s acquisition of Leeds initially raised questions because of the group’s mixed investment track record and negative experiences of other clubs such as Portsmouth SC, Swiss Super League club Servette FC, Austria’s Admira Wacker and Spain’s Malaga CF that have suffered from and at times seen their problems aggravated by acquisitions by Middle Eastern commoners or lesser members of ruling families whose takeovers proved to be whimsical rather than strategic.

Human Rights Watch charged last month that the acquisition in 2010 of Manchester City by a senior member of the ruling family of the United Arab Emirates, who has proven to be a serious and committed investor, served to launder the country’s image.

The acquisition of European clubs by nations with a record of suppressing opposition and violating human rights prompted former English Football Association chairman Lord Triesman to call for making a country’s human rights record one of the criteria for establishing whether a state entity or member of a ruling family passes the "fit and proper person test" for ownership of a Premier League club. Lord Triesman’s criteria would not apply to GFH which is not a state-owned entity.

The focus on the UAE followed the mass trial this summer of 94 people of which 69 were sentenced to lengthy prison terms on charges of being members of the Muslim Brotherhood. Human rights activists condemned the trial as unfair and a violation of due process. They asserted that the defendants had been denied legal assistance while being held incommunicado, allegedly tortured and were not given the right to appeal. Responding to the criticism, the UAE justice ministry implicitly did not rule out torture, arguing that alleged victims should have reported abuse to the police.

Qatar, which like the UAE has proven to be a solid investor because it too sees its soccer investments as strategic and key to the enhancement of its soft power in a bid to compensate for the fact that it will never have the military muscle to defend itself without external help, has learnt that reputational risk is the downside of involvement in soccer.

Qatar’s winning of the right to host the 2022 World Cup remains controversial almost three years after world soccer body FIFA awarded it the tournament. Weeks before FIFA’s executive committee meets to decide whether to move the competition from summer to winter because of the Gulf state’s searing summer temperatures, Qatar finds itself fending off demands that it be deprived of its hosting rights. Qatar has been further in the firing line because of labor rights and questions about gay rights during the tournament.

While Qatar has put itself in a class of its own by going beyond acquisitions to develop a fully-fledged sports sector and industry of its own, it too is looking at less flashy targets in Europe. After winning the World Cup hosting, purchasing Paris St. Germain, sponsoring Barcelona FC and acquiring rights to major leagues for its state-owned Al Jazeera television network, Qatar last year acquired Belgium’s second division KAS Eupen.

The acquisition by Qatar's Aspire Zone Foundation (AZF) differs from those by Prince Abdullah and GFH Capital by virtue of the fact that it is part of a grander strategy designed to make the Gulf state a key node in world soccer. The acquisition is intended to further the sport academy’s Football Dreams program, which scouts potential talent among adolescents in developing African nations as well as Vietnam, Thailand, Guatemala and Paraguay.

"We travel through these countries all year round with coaches and volunteers, organize matches, and provide the players with apparel. We then stage a final match in each country, with an international final held in Qatar," said ATZ director general Ivan Bravo. Mr. Bravo. Football Dreams graduates would be placed with Eupen.

"Graduates will come to Doha and work with Qatari players. We wanted to do something that could help develop Qatari athletes. The idea is to find talented football players around the world that would help Qatari players become better players," Mr. Bravo said.

James M. Dorsey is a senior fellow at the S. Rajaratnam School of International Studies, co-director of the University of Würzburg’s Institute for Fan Culture, and the author of The Turbulent World of Middle East Soccer blog.
Bahrain Europe Qatar Saudi Arabia