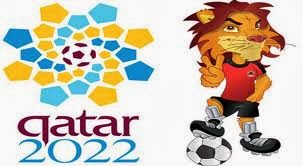 A pending decision in early October by world soccer body FIFA on whether to move the Qatar 2022 World Cup from summer to winter threatens to open debate on whether to deprive the Gulf state of its right to host one of the world’s two largest sporting events and could spark allegations of an anti-Arab bias.

The debate about the Qatari World Cup also focuses the spotlight on the incestuous relationship between politics and sports, a relationship that FIFA president Sepp Blatter in a rare acknowledgement, confirmed by charging that politics had prompted the eight European members of his 24-member executive committee to deliver eight of the 14 votes cast in favor of Qatar. The acknowledgement highlights the need to end denial of a fact of life and move to some form of governance of the relationship between sports and politics.

The debates have intensified as the FIFA executive committee prepares to discuss on October 3 and 4 a shifting the Qatari World Cup to winter because of searing summer temperatures in the Gulf state that exceed 40 degrees Celsius could affect the health and performance of players. Arsene Wenger, the storied manager of British Premier League club Arsenal, in a reflection of opposition by European clubs to a change of date, urged FIFA to stand by its original decision about but expressed concern about the impact of extreme heat on fans rather than players.

The debate about the timing of the tournament preempts a litmus test of cooling technology Qatar, the first Middle Eastern and Muslim state to be awarded World Cup hosting rights, says would make the holding the tournament in the summer feasible despite the heat. The technology which has been applied in small spaces is expected to be tested when Qatar completes in 2015/6 the first of up to nine stadia.

Potential legal challenges to any change of debate as well as a row between Mr. Blatter and the head of UEFA, the European soccer body, Michel Platini, a potential challenger to Mr. Blatter’s presidency in FIFA’s next presidential election scheduled for 2015, risk strengthening calls for a change of venue. Mr. Platini has backed calls for a shift from summer to winter.

Frank Lowy, head of the Australian Football Federation, one of several bidders defeated by Qatar, warned that a shift from summer to winter would be “tantamount to changing the rules after the contest is over." Mr. Lowy vowed to take legal action to reclaim taxpayers' money spent on the failed Australian bid would have been wasted if the federation had been campaign conducted under false pretenses.

FIFA’s corporate sponsors as well as broadcasters who bought rights for billions of dollars potentially could also seek legal redress. Fox TV together with Spanish language broadcaster Telemundo paid $1 billion for US television rights, a sum far higher than what they would have paid the United States’ National Football League. The two tournaments could overlap if the timing of the World Cup is changed.

Complicating the controversy over Qatar’s is Mr. Blatter’s assertion that European members of the FIFA executive committee had voted in favor of Qatar as a result of political pressure. In response, Mr. Platini, whose son is legal counsel for state-owned Qatar Sports Investments, became the first member to disclose that he had voted in favor of the Gulf state. Mr. Platini denied that his decision had been politically motivated.

Mr. Platini’s denial rang hollow given that his vote is widely believed to have been part of a three-way deal with Nicolas Sarkozy when he was president of France and former Qatari emir Sheikh Hamad bin Khalifa Al Thani.

As part of the deal QSI acquired Paris St. Germain (PSG), Mr. Sarkozy’s favorite team and pledged to step up already substantial investments in France. Qatar’s state-owned Al Jazeera television network would gaining rights to France’s Ligue 1 in another element of the deal that was forged over lunch at the Elysée Palace.

In an interview with Al-Monitor, Qatar’s ambassador to France, Mohamed Al Kuwari, explained at the time Qatar’s interest in France by saying that “you invest in France, you build partnerships and you go elsewhere, to Africa, to Asia. We are looking for strong partners like Total, Vinci, Veolia.” Moreover, he said, France, like Qatar charts its own course internationally. It “has an independent policy, plays an important role in the world, diplomatically and politically,” he said.

The World Cup so far has failed to pay Qatar the reputational dividend it had expected. Legal challenges and calls for depriving it of its hosting right could cause it further damage at a time that international trade unions and human rights groups are exploiting the tournament to pressure the Gulf state to substantially alter a migrant labor system they denounce as modern slavery. Foreign labor constitutes 94 percent of the Qatari labor force and a majority of the population.

The risk of reputational damage and a rift over perceived anti-Arab and anti-Muslim bias is magnified in Qatar’s case by the fact that its sports investment strategy is key to its defense and security policy. Qatar, no matter how many sophisticated weapons it purchases, will never be able to defend itself. The 1990 Iraqi invasion of Kuwait taught it two lessons. For one, big brother Saudi Arabia, unable to ensure its own defense, was an unreliable guarantor that depends on a US defense umbrella. Confidence in the reliability of the United States has however been called into question by the United States’ economic problems, its reluctance to engage militarily post-Iraq and Afghanistan and its likely emergence within a decade as the world’s largest oil exporter. Equally important, the international coalition that came to Kuwait’s aid demonstrated that soft power and embedment in the global community at multiple levels earns one friends when in need.

For Qatar, the message was clear. It vested its soft power in sports and particularly soccer even if it was a late convert to the beautiful game. Qataris first saw British oil workers in the 1940s play what they thought was an odd but amusing spectacle.  “We had no idea of sports like that … But we used to enjoy watching the strange spectacle,” recalled Ibrahim al-Muhannadi, a government official and member of the Qatar Olympic Committee.