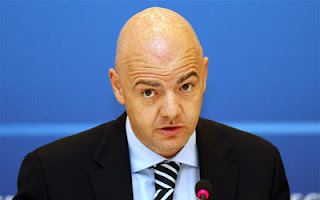 The Union of European Football Associations (UEFA), Europe’s governing soccer body, is looking at possible violations of its fair value rule in sponsorship deals concluded by two of the continent’s foremost Gulf-owned clubs, Manchester City and Paris St. Germain (PSG), with state-owned entities in Qatar and the United Arab Emirates.

The UEFA inquiry comes against the rocking of world soccer by multiple scandals in the past two years, including revelations this week of a massive match fixing scheme by Asian and European syndicates.

Friedhelm Althans, a German sports betting expert and one of the investigators of the match fixing scandal, told Der Spiegel that the scheme spotlighted the failure of UEFA and world soccer body FIFA to counter match fixing with software that would detect suspicious betting activity and spreads. Experts said the system identified questionable larger bets but was blind when the fraud involved a large amount of smaller bets in a number of different locations.

The UEFA inquiry also comes amid renewed controversy over Qatar’s winning of the 2022 World Cup that highlights the kind of relationships that make the rooting out of corruption and introduction of more transparent and accountable soccer governance difficult.

FIFA ethics investigator Michael J. Garcia said last month that he was reviewing allegations of wrongdoing by Qatar in its successful bid for the 2022 World Cup. A lengthy report in a French soccer magazine alleged corruption, but in effect only regurgitated facts that had been public for a long time. While those facts raise questions, they fail to constitute a case against Qatar.

The inquiry involves PSG’s $200 million a year deal with the Qatar Tourism Authority and Manchester’s $625 million arrangement with Ettihad, the Abu Dhabi airline. PSG is owned by Qatar Sports Investments (QSI), a state entity, while Manchester City was acquired by a member of the UAE royal family.

UEFA’s fair value rule is designed to prevent owners from circumventing its Financial Fair Play rules by injecting cash into their clubs using entities under their control. The issue involved in the inquiry is the fact that the distinction between ownership of the two clubs and the entities involved in the sponsorship deals are blurry at best.

"We have a regulation which speaks about fair value of deals and the fact that a related party cannot just inject money into a club directly or indirectly,” said UEFA secretary general Gianni Infantino.

Nevertheless, the multiple scandals in soccer in recent years coupled with the failure of efforts to combat match fixing cast a shadow over the UEFA inquiry in an environment in which few are willing to give senior soccer officials the benefit of the doubt.

In the case of UEFA, widely seen within the soccer community as a model of good governance, that environment is fuelled in part by the fact that in the walk-up to the awarding of the World Cup then French president Nicolas Sarkozy invited Qatar’s crown prince, Sheikh Tamim Bin Hamad al-Thani, and UEFA president Michel Platini to the Elysée Palace for a lunch attended by Sebastien Bazin, the European representative of PSG’s then majority American owners Colony Capital.

On the table, the reports and sources said, was a three-way deal: Qatar would acquire PSG and step up its already substantial investments in France, Mr. Platini, a member of world soccer body FIFA’s executive committee, whose son has since joined QSI as its legal counsel, would vote in favor of Qatar’s bid to host the World Cup; and Qatar’s state-owned Al Jazeera television network would have an opportunity to buy a stake in France’s Ligue 1 broadcast rights.

Mr. Sarkozy “was very interested in the dossier. He was keen because these people wanted to invest in France, but also because he’s a (PSG) supporter,” then Elysée spokesman Franck Louvrier was quoted as saying.

None of this necessarily crosses a red line, but it is illustrative of the existing cozy relationships in soccer in which perceptions of potential conflict of interest are unavoidable.

The match fixing scandal challenges soccer officials to crackdown on fraudulent schemes and an opportunity to be seen as enforcing good governance. The stakes for groups like FIFA and UEFA are high. Much of the recent scandals occurred from the perspective of fans in the out-of-reach stratospheres of world soccer. Match fixing is an issue in stadiums where they go to watch matches and in their homes where they see the game on their television screen.

“Fixing and corruption in sport has a long history. However, we of this generation, are facing something almost entirely new. It is a contemporary form of match-fixing - as if someone had taken fixing and injected it with steroids….  The key to the new form of fixing is globalization. In the last ten years, the sports gambling market has - like the music and travel industry - been utterly transformed. Now, gamblers in any part of the world can place a bet on almost any professional sports event in almost any country of the world,” said journalist Declan Hill in an article on the BBC Sports website.

Mr. Hill first revealed the role of Singaporeans in match-fixing in his book, The Fix.

“If we do not fight (match fixing) properly, it will destroy many sports as we know them. This new form of corruption will, like a tsunami, sweep aside all other issues and leave some sports dead and destroyed,” Mr. Hill warned.