US military presence in the Middle East: The less the better 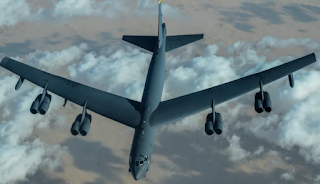 It may not have been planned or coordinated but efforts by Middle Eastern states to dial down tensions serve as an example of what happens when big power interests coincide.

It also provides evidence of the potentially positive fallout of a lower US profile in the region.

Afghanistan, the United States’ chaotic withdrawal notwithstanding, could emerge as another example of the positive impact when global interests coincide. That is if the Taliban prove willing and capable of policing militant groups to ensure that they don’t strike beyond the Central Asian nation’s borders or at embassies and other foreign targets in the country.

Analysts credit the coming to office of US President Joe Biden with a focus on Asia rather than the Middle East and growing uncertainty about his commitment to the security of the Gulf for efforts to reduce tensions by Saudi Arabia, the United Arab Emirate and Egypt on the one hand and on the other, Turkey, Iran, and Qatar. Those efforts resulted in the lifting, early this year, of the Saudi-UAE-Egyptian-led economic and diplomatic boycott of Qatar.

Doubts about the United States’ commitment also played an important role in efforts to shore up or formalise alliances like the establishment of diplomatic relations with Israel by the UAE and Bahrain.

For its part, Saudi Arabia has de facto acknowledged its ties with the Jewish state even if Riyadh is not about to formally establish relations. In a sign of the times, that did not stop then Prime Minister Benyamin Netanyahu from last year visiting the kingdom.

To be sure, changes in Washington’s priorities impact regional defence strategies and postures given that the United States has a significant military presence in the Middle East and serves as its sole security guarantor.

Yet, what rings alarm bells in Gulf capitals also sparks concerns in Beijing, which depends to a significant degree on the flow of its trade and energy from and through Middle Eastern waters, and Moscow with its own security concerns and geopolitical aspirations.

Little surprise that Russia and China, each in their own way and independent of the United States, over the last year echoed the United States’ message that the Middle East needs to get its act together.

Eager to change rather than reform the world order, Russia proposed an all-new regional security architecture modelled on the Organization for Security and Co-operation in Europe (OSCE) adding not only Russia but also China, India, and Europe to the mix.

China, determined to secure its proper place in the new world order rather than fundamentally altering it, sent smoke signals through its academics and analysts that conveyed a double-barrelled message. On the one hand, China suggested that the Middle East did not rank high on its agenda. In other words, the Middle East would have to act to climb Beijing’s totem pole.

Prominent Chinese scholars Sun Degang and Wu Sike provided months later a carrot to accompany Mr. Niu’s stick. Taking the opposite tack, they argued that the Middle East was a “key region in big power diplomacy with Chinese characteristics in a new era.”

Chinese characteristics, they said, would involve “seeking common ground while reserving differences,” a formula that implies conflict management rather than conflict resolution.

On that basis, the two scholars suggest, Chinese engagement in Middle Eastern security would seek to build an inclusive and shared regional collective security mechanism based on fairness, justice, multilateralism, comprehensive governance, and the containment of differences.

In the final analysis, Chinese and Russian signalling that there was an unspoken big power consensus likely reinforced American messaging and gave Middle Eastern states a further nudge to change course and demonstrate a willingness to control tensions and differences.

Implicit in the unspoken big power consensus was not only the need to dial down tensions but also the projection of a reduced, not an eliminated, US presence in the Middle East.

While there has been little real on-the-ground reduction of US forces, just talking about it seemingly opened pathways. It altered the US’ weighting in the equation.

“The U.S. has a habit of seeing itself as indispensable to regional stability around the world, when in fact its intervention can be very destabilizing because it becomes part of the local equation rather than sitting above it,” noted Raad Alkadiri, an international risk consultant.

While important, the United States’ willingness to get out of the way is no guarantee that talks will do anything more than at best avert conflicts spinning out of control.

Saudi and Iranian leaders and officials have sought to put a positive spin on several rounds of direct and indirect talks between the two rivals.

Yet, more important than the talk of progress, expressions of willingness to bury hatchets, and toning down of rhetoric is Saudi King Salman’s insistence in remarks last month to the United Nations General Assembly on the need to build trust.

The monarch suggested that could be achieved by Iran ceasing "all types of support" for armed groups in the region, including the Houthis in Yemen, Hezbollah in Lebanon, and pro-Iranian militias in Iraq.

The potential monkey wrench is not just the improbability of Iran making meaningful concessions to improve relations but also the fact that the chances are fading for a revival of the 2015 international agreement that curbed Iran’s nuclear program.

“We have to prepare for a world where Iran doesn’t have constraints on its nuclear program and we have to consider options for dealing with that. This is what we are doing while we hope they do go back to the deal,” said US negotiator Rob Malley.

Already, Israeli politicians, unhappy with the original nuclear deal and the Biden administration's effort to revive it, are taking a more alarmist view than may be prevalent in their intelligence services.

In Washington this week, Foreign Minister Yair Lapid told US National Security Advisor Jake Sullivan that Iran was “becoming a nuclear threshold state.” Back home Yossi Cohen, a close confidante of Mr. Netanyahu, who stepped down in June as head of the Mossad, asserted at the same time that Iran was “no closer than before” to obtaining a nuclear weapon.

There is no doubt, however that both men agree that Israel retains the option of a military strike against Iran. "Israel reserves the right to act at any moment in any way," Mr. Lapid told his American interlocutors as they sought to resolve differences of how to deal with Iran if a revival of the agreement proves elusive.

Meanwhile, a foreplay of the fallout of a potential failure to put a nuclear deal in place is playing out on multiple fronts. Tension have been rising along the border between Iran and Azerbaijan.

Iran sees closer Azerbaijani-Israeli relations as part of an effort to encircle it and fears that the Caucasian state would be a staging ground for Israeli operations against the Islamic republic. Iran and Azerbaijan agreed this week to hold talks to reduce the friction.

At the same time, Iran, Turkey and Israel have been engaged in a shadow boxing match in predominantly Kurdish northern Iraq while a poll showed half of Israeli Jews believe that attacking Iran early on rather than negotiating a deal would have been a better approach.

Taken together, these factors cast a shadow over optimism that the Middle East is pulling back from the brink. They suggest that coordinated big power leadership is what could make the difference as the Middle East balances between forging a path towards stability and waging a continuous covert war and potentially an overt one.

A Johns Hopkins University Iran research program suggested that a US return to the nuclear deal may be the catalyst for cooperation with Europe, China, and Russia.

“Should the United States refuse to re-join the agreement following sufficient attempts by Iran to demonstrate flexibility in their negotiating posture, Russia and China will ramp up their economic and security cooperation with Iran in a manner fundamentally opposed to US interests,” the program warned.

Iranian Foreign Ministry spokesman Saeed Khatibzadeh announced this week that Russia and Iran were finalizing a ‘Global Agreement for Cooperation between Iran and Russia’ along the lines of a  similar 25-year agreement between China and the Islamic republic last year that has yet to get legs.

Even so, Iran scored an important victory when the Shanghai Cooperation Organization (SCO) in which China and Russia loom large last month agreed to process Iran’s application for membership.