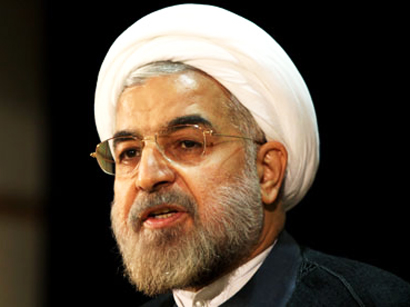 Baku, Azerbaijan, Apr. 25
By Fatih Karimov – Trend:
If President Hassan Rouhani loses the upcoming presidential election to his conservative rivals, the nuclear deal will face serious challenges, an expert believes.
“If Rouhani loses, given the US President Donald Trump’s anti-Iranian policy, the odds are that tension will escalate, putting the ‎nuclear agreement between Iran and the six world powers at serious risk,” James Dorsey, senior fellow at Nanyang Technological University's S. Rajaratnam School of International Studies, told Trend Apr. 25.
President Trump clearly intends to turn up pressure on Iran and perhaps even attempt to provoke it to cancel the nuclear agreement, Dorsey said, adding that if anybody, can keep a cool head in those circumstances it is likely to be Rouhani even though he’ll be under pressure from hardliners.
He further forecasted that the reformist-backed ‎ Rouhani will be the winner of the presidential election which is scheduled to be held in May 19.
“I suspect Rouhani will have a tough fight but ultimately win.”
Besides Rouhani, Vice President Eshag Jahangiri, the custodian of Razavi holy shrine Seyyed Ebrahim Raeisi, Mayor of Tehran Mohammad Bagher Ghalibaf, former culture minister, Seyed Mostafa Agha Mirsalim and reformist politician Mostafa Hashemi-Taba were the only qualified among more than a thousand candidates.
Conservatives support Raeisi and Ghalibaf.
Iran James