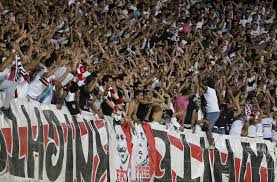 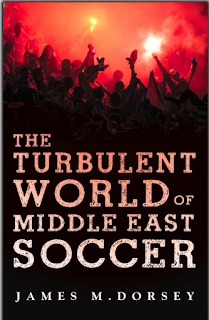 Egyptian President Abdel Fattah Al-Sisi’s brutal regime in rare gestures towards his opponents has twice this year recognized the potential street power of his country’s militant, street battle-hardened soccer fans. In doing so, the regime has implicitly acknowledged that security forces rather than the fans were responsible for past violence and provided ammunition for calls for wholesale reform of law enforcement.

The decision to allow UWK into the stadium followed warnings by the group and its arch rival, Ultras Ahlawy, the militant support group of Al Ahli SC, that they would defy the interior ministry’s ban, implicitly risking yet another deadly clash with security forces.

UWK subsequently said that it wanted to prevent what happened in February 2015, the last time authorities agreed to allow larger numbers of fans into a stadium, when some 20 UWK supporters were killed in Cairo by security forces.

Last year’s incident followed the death of 72 Ahlawy members in Port Said in 2012 in an incident that was widely seen as an attempt gone awry by the security forces and the military to teach the ultras a lesson and cut them down to size.

Mr. Al-Sisi’s first implicitly acknowledged the power of the fans in February of this year when he a day after Ahlawy’s commemoration of the fourth anniversary of the Port Said incident phoned into a television program to invite the ultras to appoint ten of their members to independently investigate the incident. Ultras Ahlawy declined the invitation saying it could not be accuser and judge at the same time but kept the door to a dialogue open.

Mr. Al-Sisi’s gesture was all the more remarkable given that Islamist members of the UWK and Ultras Ahlawy formed the backbone of student protests in universities and flash demonstrations in popular neighbourhoods of Cairo against the general-turned-president’s overthrow in 2013 of Mohammed Morsi, Egypt’s first and only democratically elected president. The protests were brutally suppressed as the regime turned universities into security force fortresses.

Scores of UWK members are being held in detention for violating Egypt’s draconic anti-protest law. An Egyptian court acquitted in March a leader of the UWK, Sayed Ali Moshagheb, on charges of establishing an illegal organization, the UWK, while another court sentenced him to a year in prison for attacking the Zamalek club house. Mr. Moshagheb has filed an appeal against the court’s verdict.

Fans have been banned from stadia for much of the last five years because authorities feared their ability to turn the pitch into venues of mass political protest. The regime made exceptions for international matches to avoid being blamed for a club or team’s potential poor performance but largely ensured that militant fans or ultras were admitted at best only in small numbers.

The fact that the fans attended this week’s match in large numbers without incident strengthens their argument that the burden of guilt for years of violent confrontations lies with the security forces rather than the supporters. UWK alongside other groups of ultras has long called for a lifting of the ban, noting that they have been attending their club’s training sessions as well as competitions in other sports practiced by Zamalek without incident.

The UWK’s ability to maintain its capacity to mobilize was demonstrated during the African Championship match. It persuaded the government and its minions in the Egyptian Football Association (EFA) to continue to keep stadia closed.

"It was expected that only 2,500 supporters would attend the game, but we were surprised when 8,000 people or more were in attendance. The high number of fans present was due to poor organisation at the entrance to the stadium," the head of the EFA’s Competitions Committee, Amer Hussein, said after the match.

Mr. Hussein drew a distinction between international matches and domestic league games. "It's preferred to keep the crowd ban on the domestic games as I am not optimistic by the (return of this large number of fans) …. Fans entered the game without tickets, Zamalek could be fined. There were no inspections for fans before entering the stadium, so there is still a threat,” Mr. Hussein said.
Clubs as well as the national team suffer not only financially from the lack of ticket sales and reduced sponsorship as a result of the ban but also from the absence of the support of the fans, an important driver of performance.

“Zamalek were finally boosted by heavy fan support at home for the first time in months as they claimed a 2-0 home victory over Algeria's MO Bejaia to move close to a place in the African Champions League group stage on Saturday. Thousands of hard-core supporters, who belong to ardent fan group Ultras White Knights, took their seats in the northern stands of Cairo's Petrosport Stadium and feverishly cheered on Zamalek… Their presence appeared to spur on Zamalek's players who celebrated with the fans following the final whistle,” state-owned Al Ahram newspaper and online news service reported.

The UWK’s performance in the match against the Algerians takes on added significance given their troubled relationship with the controversial, larger-than-life chairman of Zamalek, Mortada Mansour. A politician and member of parliament, Mr. Mortada has accused UWK of trying to assassinate him and has unsuccessfully thought to persuade Egyptian courts to ban ultras groups as terrorist organizations.

The government and EFA’s fear of the ultras and the fans’ demonstrated ability to mobilize and control their ranks coupled with the recent brutal murder in Cairo of Giulio Regeni, a Cambridge University PhD student of the Egyptian labour movement, highlights the need for wholesale reform of Egyptian law enforcement. Italy this month recalled its ambassador from Cairo amid widespread belief that the torture marks on Mr. Regeni’s body had all the hallmarks of Egyptian security force practice.

Despite a few recent cases in which Mr. Al-Sisi has allowed law enforcement personnel to be put on trial for alleged abuse, there is little indication that he is willing to tackle a structural problem that in the view of Yezid Sayegh, a scholar of Arab security forces and militaries, can only be addressed in a transparent, politically more liberal environment.

“Increasing social polarisation in many Arab states over the last two decades has impeded consensus on how to restructure and reform policing. Marginalisation of up to 40% of the population, who live at or below the poverty line, has fuelled political challenges, in turn subjecting entire social segments to targeting by official security bodies. Furthermore, the determination to crush dissent affects the urban middle classes, which might otherwise be the strongest proponents of security-sector reform in this area. Both Egypt and Syria are prime examples of this,” Mr. Sayegh said.

Dr. James M. Dorsey is a senior fellow at the S. Rajaratnam School of International Studies, co-director of the University of Würzburg’s Institute for Fan Culture, and the author of The Turbulent World of Middle East Soccer blog and a just published book with the same title.
Al Ahly (Egypt) Al Zamalek EFA Egypt Ultras