Kuwaiti rulers fight it out on the pitch 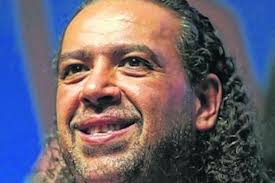 Disputes in Kuwait’s ruling Al Sabah family that sparked international sports sanctions against the Gulf state went again on public display this week with one branch of the family suing International Olympic Committee (IOC) and FIFA executive committee member Sheikh Ahmad Al-Fahad Al-Sabah, one of world sports most powerful men, and his brother Talal on charges that they were responsible for Kuwait’s sports problems.

The court case threatens to further undermine a bid by Sheikh Ahmed to engineer the election in February of his protégé, Bahraini Sheikh Salman bin Ebrahim Al Khalifa, as president of FIFA. Sheikh Ahmed was already weakened by several humiliating defeats.

The IOC and FIFA official was forced last April to issue a public apology to Kuwaiti emir Sheikh Jaber Al-Ahmad Al-Sabah, his uncle, and other senior officials. A Kuwaiti court sentenced him in December to six months in prison for violating a gag order.

The long-standing power struggle involving personal and political differences between members of the family is widely believed to be the result of Sheikh Ahmed’s ambition to leverage his powerful position in sports to secure a prominent position in government.

Sheikh Ahmed, a former oil minister and head of Kuwait’s national security council who is president of the Olympic Council of Asia and the Association of National Olympic Committees, is further embroiled in a bitter rivalry with Kuwait's information and state minister for youth affairs Sheikh Salman Sabah Al-Salem Al-Homud Al-Sabah. Sheikh Salman failed in 2014 to become president of the International Shooting Sport Federation after he was accused of abusing his position in government to garner votes.

Sheikh Ahmed was last April forced to appear on television to apologize after a court dismissed as fabrications digital documents and video recordings that he had submitted as evidence for his allegations. The television appearance was intended to humiliate Sheikh Ahmed and thwart his ambitions in a country in which status and face are important.

“I offer my deep apologies and express my profound regrets for my recent prejudice, abuse and slander, intentional and unintentional, and which were based on the information and documents concerning the interests of the country that I had received. I thought the information was correct and credible.

But now that the competent judicial authorities affirmed they were not valid or correct, stressing the truth is a virtue. As I seek pardon from Your Highness, I stress that what happened will be a lesson from which I will benefit and draw appropriate conclusions. I am in full compliance with the orders and directives of Your Highness and I promise to turn the page on this matter and not to raise it again,” Sheikh Ahmed said.

Sheikh Ahmed’s sentencing to prison was on the grounds that he had violated a prosecutor’s gag order regarding his allegations against senior members of his family and the government by discussing it in a television interview.

Sheikh Ahmed has denied any wrongdoing and has vowed to appeal the verdict. Insisting that the verdict was a “personal attack” that was indicative of strained relations between the government and the sports movement, Sheikh Ahmed insisted that he had the right to freely express his opinion.

Sheikh Ahmed was referring to his increasingly strained relations with his family as well as Kuwait’s suspension by the IOC, FIFA and 15 other international sports associations because of political interference in sports. It was the second time in five years that Kuwait was banned by the IOC from participating in Olympic Games.

Kuwait's Public Authority for Youth and Sports headed by Sheikh Ahmad Mansour Al-Ahmad Al-Sabah, another relative of Sheikh Ahmed, this week opened a lawsuit charging the IOC and FIFA official and his brother who is president of Kuwait’s national Olympic committee and soccer federation of being responsible for the banning of the Gulf state.

The authority asserted that the banning occurred after Sheikh Ahmed had complained to the IOC about government interference. Youth minister Sheikh Salman accused Sheikh Ahmed without mentioning him by name of being responsible for “the status of sport in Kuwait (that) was in total decline” in the past five years and of “filing false complaints to international organization in a bid to suspend the country's sport activities,"

The IOC, in response to the allegations of political interference, demanded that Kuwait alter legislation that gave the government control of sports and undermined the independence of the country's Olympic committee and sports associations. Kuwait refused to comply with a 27 October 2015 deadline set by the IOC.

The authority’s lawsuit initially seeks $16,500 in damages from the two brothers and one other member of the ruling family. If the authority wins the case it could pave the way for demands for $400 million in damages or the equivalent of what the government says it spent on sports in the past five years.

Kuwaiti officials said privately that members of the ruling family were fighting a bitter battle against one another at the expense of their country’s sports. “This is a political struggle. They want to finish off Sheikh Ahmed but he is not someone who will go down without a fight,” one official said.

James M. Dorsey is a senior fellow at the S. Rajaratnam School of International Studies, co-director of the University of Wuerzburg’s Institute for Fan Culture, a syndicated columnist, and the author of The Turbulent World of Middle East Soccer blog and a forthcoming book with the same title.
FIFA IOC Kuwait Sheikh Salman