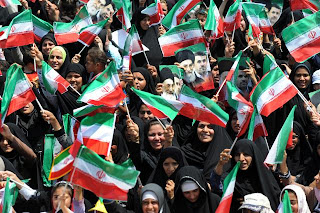 The United Arab Emirates has extended an array of unilateral and multilateral measures that ban Iranian oil imports as well as trade and financial transactions with the Islamic republic and freeze Iranian assets to the soccer pitch.

UAE clubs have been ordered to no longer sign Iranian players in a bid to not only force Iran to compromise on its controversial nuclear development program but also to end its four decade-old occupation of three potentially oil-rich islands located near key shipping routes at the entrance to the Strait of Hormuz, according to Iran Football Federation (IFF) president Ali Kafashian. There was no immediate UAE response to Mr. Kafashian’s comments in an interview with Iranian news agency ISNA.

The informal boycott of Iranian players follows the UAE’s cancellation in April of a friendly match against the Islamic republic and the recalling of its ambassador from Tehran.

Football sanctions are unlikely to soften Iran’s rejection of Western demands that it compromise on its nuclear program or UAE calls to return the disputed islands. Nonetheless, the UAE’s focus on the three islands comes at a moment that the Strait of Hormuz is taking center stage in the international community’s tug of war with the Islamic republic.

Iran has threatened to block the strategic waterway at the mouth of the Gulf through which a fifth of the world's oil flows if its interests are seriously threatened by the sanctions. Iranian chief-of-staff Gen Hasan Firouzabadi issued the threat days after the European Union enforced a total oil embargo against Iran.

The UAE has adopted the toughest public stance against Iran among Saudi-led Gulf states who are locked into a regional battle for influence with the Islamic republic. Iranian President Mahmoud Ahmadinejad went out of his way to increase tension with the UAE by earlier this year visiting the disputed islands. UAE foreign minister Sheikh Abdullah bin Zayed Al Nahayan denounced the visit at the time as a "flagrant violation of the UAE's sovereignty."

The UAE last year emerged in remarks made by its ambassador to the United States, Yousef al-Otaiba, as the first Gulf state to publicly endorse military force to prevent Iran from becoming a nuclear power, should peaceful efforts to resolve the standoff over Tehran's nuclear program fail.

Mr. Otaiba described a nuclear-armed Iran as the foremost threat to the UAE, and one that needed to be neutralized at whatever cost. His remarks suggested that in case of military action, the UAE would prefer a U.S. to an Israeli strike because that was less likely to fuel popular anger, particularly among Shiites, at a time of widespread civil unrest in the Middle East and North AFRICA

Mr. Otaiba described the UAE as the country most threatened by Iran. Contrasting the threat against the UAE with the danger a nuclear-armed Iran would pose to the US, Mr. Otaiba said that a nuclear Iran would "threaten the peace process, it will threaten balance of power, it will threaten everything else, but it will not threaten you... Our military... wakes up, dreams, breathes, eats, sleeps the Iranian threat. It's the only conventional military threat our military plans for, trains for, equips for... There's no country in the region that is a threat to the UAE [besides] Iran."

Satellite imagery last year revealed Iranian installations on Abu Musa, one of the three disputed islands, that included three missile launch pads, an elaborate underground market, and a sports field with the words "Persian Gulf" emblazoned on it -- a provocative reminder of Iran's hegemonic view of a region the Gulf states describe as the Arab Gulf.

The UAE has in recent years worked to ensure that its security is closely linked to U.S. and European security interests. France last year inaugurated in Abu Dhabi its first military base in the region. The base, which comprises three sites on the banks of the Strait of Hormuz, houses a naval and air base as well as a training camp, and is home to 500 French troops. Alongside other smaller Gulf states, the UAE has further agreed to the deployment of U.S. anti-missile batteries on its territory.

With his remarks, Mr. Otaiba signalled further that the UAE was willing to pay a price for stopping Iranian nuclear proliferation. "There will be backlash, and there will be problems with people protesting and rioting and [being] very unhappy that there is an outside force attacking a Muslim country. That is going to happen no matter what,” Mr. Otaiba said.

James M. Dorsey is a senior fellow at the S. Rajaratnam School of International Studies at Nanyang Technological University in Singapore, and the author of the blog, The Turbulent World of Middle East Soccer.
Iran UAE