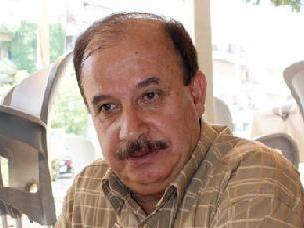 Senior soccer executives who knew Mr. Arafat expressed surprise at his killing, noting that he was widely respected and a lecturer for the Asian Football Confederation (AFC). The officials said the fact that 67-year old Mr. Arafat – a former soccer player, scholar, sports analyst and journalist - was assassinated on the highway linking the Jordanian capital of Amman with Damascus was alarming.

They said there was no known reason for the killing and did not exclude that it may have been a criminal rather than a political incident.

Statements in the past year by Mr. Arafat in support of Syria’s embattled national soccer squads who have been accused of fielding illegal players in international matches would however lend credence to the news agency’s claim that the former soccer executive was killed by armed opposition elements.

Little is known about Mr. Arafat’s political views who served at the time of the besieged Syrian leader’s father, Hafez al-Assad, but few are likely to make a distinction between support for the Syrian national team and for the regime in a country plunging into civil war.

The news agency said Mr. Arafat was returning from Jordan when he was killed shortly after crossing the border into Syria. Well-placed sources said unidentified gunmen forced Mr. Arafat to pull over his car to the side of the road before opening fire. They said Mr. Arafat’s wife had suffered multiple gunshot wounds.

“Dr. Marwan Arafat was on his way back from Jordan, his wife was critically injured in the attack which took place between Nasib border crossing and al-Tayba town in Daraa Countryside. The Syrian General Sport Union mourned Dr. Arafat, saying that the Syrian sport has lost one of its pioneers,” the Syrian Arab News Agency (SANA) said.

It quoted Lieutenant General Moafaq Jouma, head of the General Sport Union, a saying that “we offer condolences to his family and to our sport family, because his death is a loss for all of us.”

Besides serving for ten years as head of the SFA, Mr. Arafat was also a member of the General Sport Union executive and the Syrian Olympic Committee. Mr. Arafat made history as the first Arab linesman in Olympic games in Moscow in 1980 and as head of the SFA led Syria to its 1994 winning of the Under-21 Asian cup.

Syrian soccer has been increasingly polarized since last year’s eruption of anti-government protests and the regime’s failed but brutal attempts to crush the opposition. United Nations observers in Syria warned this week that the confrontation between forces loyal to Mr. Assad and increasingly armed segments of the opposition had produced a state of civil war in Syria.

Louay Chanko, a player for the Swedish national team, who was able to stop playing for it because he also played for Swedish Assyrian team Syrianska FC, said in an interview last month that many of the Syrian national squad’s players were playing against their will. “Everything is corrupt. The SFF just took players from the clubs. Many players didn’t want to play for the national team any more. Players are so afraid,” Mr. Chanko said.

The Assad regime was so desperate for a Syrian soccer success in a bid to shore up its wrecked image and to demonstrate that the country was functioning normally despite the turmoil that it went in the past year to great lengths to ensure that its national team would compete in international tournaments, including the fielding of illegal players.

As a result, world soccer body FIFA barred Syria last August from competing for the 2014 World Cup in Brazil after the team fielded an unnamed ineligible player in in a qualifying match against Tajikistan.

Lebanon accused Syria last November of fielding six players in an Under-19 Asian Football Championship qualifier whose ages had been falsified to qualify them for the team. Syria’s governing football body populated by Assad appointees has denied the allegations, determined to preserve the Syrian team’s record so far of having all four of its qualifiers in the tournament. At the time, Mr. Arafat said the eligibility of the Syrian players was “incontestable.”

Syrian security forces arrested national soccer goalkeeper Mosab Balhous more than a year ago on charges of sheltering armed gangs and possessing suspicious amounts of money. Mr. Balhous has not been heard of since.

In a YouTube video, Mr. Balhous’ colleague, Abdelbasset Sarut, goalkeeper of the Syrian U-23 men’s national team and a leader of the uprising in the beleaguered Syrian city of Homs, said at the time that the Assad regime had accused Mr. Bahous of participating in anti-government protests and wanting to establish an Islamic emirate in the city of Homs.

James M. Dorsey is a senior fellow at the S. Rajaratnam School of International Studies at Nanyang Technological University in Singapore, author of the blog, The Turbulent World of Middle East Soccer, and a consultant to geopolitical consulting firm Wikistrat.
Syria