George Orwell’s 1984 revisited: The rise of the civilisationalists 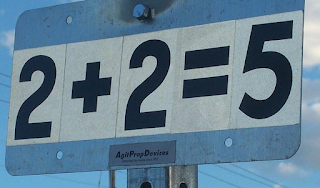 The rise of a critical mass of world leaders including Donald J. Trump, Xi Jinping and others In Europe, Asia and Latin America who are  bent on shaping a new world order in their authoritarian and civilizationalist mould, has given 1984, George Orwell’s prophetic novel, published 70 years ago, renewed relevance.

Its graphic warning of the threat of illiberal and authoritarian rule and the risks embodied in liberal democracy are as acute today as they were in the immediate wake of World War II.

In many ways, Mr. Orwell’s novel that envisioned the rise of the surveillance state and the emergence of what he called Newspeak, the abuse of language for political purposes and the perversion of the truth in ways that makes facts irrelevant, could have been written today.

The reality of Mr. Orwell’s 1984 manifests itself today in the emergence of illiberal and authoritarian rulers across the globe and/or the rise of aspects or, as in the case of China, the equivalent of the writer’s imaginary omnipotent party that rules a superstate he called Oceania.

The building blocks of the party’s toolkit have gained renewed currency: a thought police, the dominance of Big Brother enabled by surveillance, Newspeak and doublethink.

Most alarmingly, elements of Mr. Orwell’s vision no longer are limited to totalitarian regimes. Increasingly, democracies in crisis feature aspects of it too.

The fourth estate, an independent media that holds power to account, is reduced to the role of government scribe in China, the Gulf and other autocracies. The media is similarly on the defensive in democracies such as the United States, Hungary, India, Turkey, Russia, and the Philippines.

Kellyanne Conway, Mr. Trump’s advisor, revived Newspeak with her coining of the phrase ‘alternative facts’ to justify demonstrably false assertions by the president and members of his administration.

Newspeak also created the basis for the bullying and/or prosecution, incarceration and killing of critical journalists and shuttering of media. It bolsters assertions by men like Mr. Trump and Hungarian and Filipino presidents Victor Orban and Rodrigo Duterte that mainstream media report fake news.

And it allowed Mr. Trump to last year tell a veterans association that “what you're seeing and what you're reading is not what's happening."

Mr. Orwell’s novel is couched in terms of liberal versus totalitarian – the reality he confronted as a republican volunteer in the Spanish civil war and post-World War Two Europe.

It was a time in which civilisationalism in the form of Adolf Hitler’s Nazi Germany had been defeated. Civilisationalism is today alive and kicking among the world’s illiberal and authoritarian leaders.

It manifests itself in multiple forms across the globe of disregard for human and minority rights.

Mr. Xi has reconceived the Chinese state as civilizational rather than national with borders that go beyond its internationally recognized frontiers.

Indian president Narendra Modi and Mr. Trump’s seeming empathy for expressions of racial or religious supremacism despite the US president’s condemnation of this weekend’s killing of 20 people in a shopping mall in El Paso, Texas, encourages civilisationalism.

Further complicating the world Mr. Orwell envisioned is the fact that the dividing lines between civilizationalist and populist leaders are blurred.

Civilizationalist leaders are populists by definition. But not all populists think in terms of a civilizational rather than a nation state.

For now, that may not matter much in practice with civilizationalist and populist leaders emphasizing their shared values.

That common ground enables China to employ cutting edge technology in its roll out at home and abroad of a surveillance state designed to invade virtually every aspect of a person’s life.

At the cutting edge of Mr. Xi’s surveillance state, is his brutal clampdown on Turkic Muslims in China’s troubled north-western province of Xinjiang.

Mr. Xi has launched the most frontal assault on a faith in recent history in a bid to Sinicize Uighurs and other Turkic minorities.

Mr. Xi, bolstered by China’s economic and political clout, has so far gotten away with what some have termed cultural genocide courtesy of a Muslim world that is largely populated by authoritarian and autocratic leaders who see China as a model of achieving economic growth without political liberalization.

The clampdown is but one extreme of a global trend in which civilisationalism increasingly undermines minority rights, risking escalating cycles of violence and mass migration as a result of mounting insecurity and violence fuelled by rising supremacism, Islamophobia and anti-Semitism.

The writing is on the wall.

Hate crimes in the United States enabled by lax gun laws and Mr. Trump’s racist outbursts are on the rise; violence against Muslims increased dramatically in India where 90 percent of religious hate crimes in the last decade have occurred since Mr. Modi came to power; some 750,000 Rohingya linger in Bangladeshi refugee camps after fleeing persecution in Myanmar; Islamophobia has become part of Europe and China’s reality. Jews in Europe fear a new wave of anti-Semitism.

Illiberals and authoritarians pay lip service to democracy or advocate distorted forms of a rights-based system while either denying or undermining basic rights.

Muratbek Imanaliev, a professor at the Russian foreign ministry’s diplomatic academy and a former Kyrgyz foreign minister and ex-secretary of the Shanghai Cooperation Organization (SCO), coined the phrase ‘positive authoritarianism.’

Russian political scientist Sergei Karaganov expanded on it by putting forward an argument that would ultimately, in recognition of Mr. Orwell’s predictions, allow illiberals and autocrats to throw any reference to democracy on the garbage pail of history.

“Authoritarian countries, with their managed incomplete democracies can be better prepared to compete and govern in the growingly volatile world,” Mr. Karaganov argued.

Mr. Karaganov’s reasoning suggests that Mr. Orwell’s prediction, even if the Russian scholar envisions a less extreme version of the writer’s fictional depiction, is the solution to the very problems generated by civilisationalists. There seems to be little in today’s headlines that would bear that out.