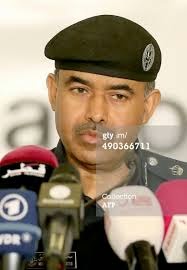 A long awaited and much hyped announcement on a reform of 2022 World Cup host Qatar's controversial kafala or labour sponsorship system has sparked more questions than answers and cost‎ the Gulf state an opportunity to gain the upper hand in a bruising debate that has significantly tarnished its image.

Confusion over what the proposed reforms meant was such that Sepp Blatter, president of world soccer body FIFA, and Theo Zwanziger, the FIFA executive dealing with the Qatari labour issue cancelled a planned trip to the Gulf state. FIFA has come under severe criticism for failing to take harsh workers’ conditions into consideration when it awarded the World Cup to Qatar in December 2010.

The confusion stemmed from the fact that the reforms appeared to involve a refinement of the kafala system rather than an overall overhaul or abolition as the government claimed. It was further fuelled by the announcement that future labour contracts would have to be in line with a model contract drafted by the government, the terms of which have yet to be disclosed.

The confusion compounded the fact that Qatar in the way it announced the measures filed to convey sincerity by having a senior Cabinet official disclose the changes rather than a senior military officer in uniform. Also fuelling doubts was the fact that the reforms have yet to be sent the Qatari Chamber of Commerce and approved by the Shura or Advisory Council. It was not clear how long that process would take.

The proposed reforms were announced in response to widespread criticism of the labour and housing conditions under which up to one million workers are expected to build massive infrastructure for the World Cup and reports that a significant numbers of workers have died on non-World Cup related construction sites since Qatar successfully bid for the tournament.

Trade union and human rights activists as well as the United Nations Human Rights Council have demanded that Qatar abolish the kafala system which severely restricts workers’ rights, including their freedom of movement and right to seek alternative employment, and puts them at the mercy of their employers.

“We still have many questions what is exactly meant by these changes. I don’t think these measures go far enough,” said James Lynch, an Amnesty International official, who has worked closely with Qatar to change the system. He said the requirement for workers’ to obtain an exit visa that was “completely illegal” according to international law and a “human rights violation” appeared to have not been completely abolished.

Beyond disappointing those activists with whom Qatar has engaged, the announcement threatens to strengthen the hand of hard line critics, foremost among which the International Trade Union Confederation (ITUC), which says it has 175 million members in 161 countries. The ITUC has threatened to organize a boycott of Qatar if it failed to abolish the kafala system.

‎In a news conference, Brigadier General Muhammed Ahmed Al-Atiq of the interior ministry asserted that the measures amounted to abolition of the kafala system that puts workers at the mercy of their employer but that was not evident from the reforms he spelled out. General Al-Atiq said kafala would be replaced by a system based on employment contracts. The general and other officials at the press conference refused to be drawn on the details or clarifications of the proposed reforms.

The reforms that will apply to all workers, including domestics ones, according to General Al Atiq and a ministry press release, would:

The ITUC, which unlike groups like Human Rights Watch, Amnesty International and the International Labour Organization, a United Nations agency was not ‎involved in discussions about reform with Qatari officials said in a statement that the kafala system had been relabelled but was alive and well.

One possible reason for Qatar’s bungling of the announcement of the proposed reforms is likely the lack of a domestic consensus on the need for change. Many Qataris, opposed a relaxation, let alone the abolition of the kafala system because they fear losing control of their society, culture and country in which they account for only 12 percent of the population if they grant foreigners rights. The proposed reforms further failed to address a concern in the business community that easing the exit visa requirement could potentially lead to foreigners running their businesses accessing company funds and leaving the country.

At the other end of the Qatari debate,   assistant foreign minister Sheikh Mohammed Bin Jassim Al Thani said in a recent interview with Al Jazeera that "the sponsorship system was set up at a different time and according to a different demographic composition… but today the situation has changed and due to the flow of the expats, we certainly need to carry out many changes."