Afghanistan has lessons for the Gulf 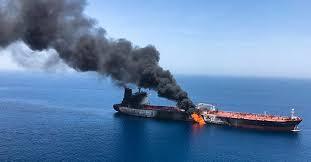 The US withdrawal from Afghanistan will likely clarify what the Gulf’s security options are.

Gulf states are likely to monitor how Russia and China handle the perceived security vacuum and security threats in the wake of the US withdrawal and abandonment, for all practical matters, of Central Asia. It will tell Gulf states to what degree Russia and China may be viable alternatives for a no longer reliable US security umbrella in the Middle East.

Gulf states are likely to discover that they are stuck with a less committed United States. That reality will push them to compensate for uncertainty about the United States with greater self-reliance and strengthening of formal and informal regional alliances, particularly with Israel.

No doubt, Russia, the world’s second-largest exporter of arms, and China will be happy to sell weapons and exploit cracks in the Gulf’s relationship with the United States. But neither has the wherewithal nor capacity to replace the US as the Middle East’s security guarantor.

That didn’t stop Russia from last month signing defence cooperation agreements with Saudi Arabia and Egypt. With no details disclosed, the agreements seemed a Saudi and Egyptian effort to wave a warning finger at the United States while Moscow grabbed the opportunity to poke Washington in the eye.

“Given Saudi Arabia's strategic ties to the United States, it is unlikely that Riyadh is going to cooperate militarily with Moscow to a degree comparable with the Americans any time soon,” said Russian Middle East scholar Alexey Khlebnikov.

“Moscow has neither the desire nor the capacity to replace Washington as the main ally of Cairo and Riyadh. It will try to exploit the situation in order to increase its arms deals in the region, which will give it more hard currency inflow,” he added.

In the same vein, Arab states would be wise to recognize that the Middle East is not Central Asia, the near abroad for China and Russia, which long dominated the region under the umbrella of the Soviet Union that was made up of Russia, the Central Asian states, and others. Threats stemming migration, political violence, and drugs in Central Asia are on Russia and China’s doorstep rather than in more distant lands.

How Russia and China deal with those threats will likely influence Gulf leaders’ thinking. It will be a litmus test for the two Asian powers that Gulf, and other leaders will pay close attention to.

“Moscow will be prepared to absorb a few spillover cases of extremism… Russian leaders will face a much stickier challenge if the self-proclaimed Islamic State or other organized extremist groups begin once again to target Central Asia or Russia itself from Afghanistan. This is precisely the scenario that Russian policymakers have worried about,” said Carnegie Endowment Russia scholar Paul Stronski.

Russia has sought in recent weeks to highlight its capabilities and commitment to Central Asian security in exercises with Tajikistan, Kyrgyzstan and other members of the Collective Security Treaty Organization (CSTO), a Russian-led military alliance of former Soviet states.

However, Gulf states should take note: Mr. Stronski suggests that Russia’s reliability record is not much better than that of the United States. Russia failed to come to the aid of CSTO member Armenia in its war last year against Azerbaijan. It also did not step in to end days of inter-communal violence in 2020 along the border between CSTO members Kyrgyzstan and Tajikistan even though Sergey Shoygu, the Russian defence minister, was meeting his alliance counterparts in Dushanbe at that very moment.

The Taliban victory in Afghanistan has put into sharp relief the parameters of the Gulf’s options as Washington debates US foreign policy, including the scope and utility of the US military presence in the Middle East.

“On one side of the debate, some are pushing for the continuation or expansion of the current posture. The other extreme demands the elimination of all or nearly all fixed U.S. military facilities in the region. Both constituencies are loud and passionate, but a strong new consensus falling between these two positions is nonetheless emerging,” said analyst Hussein Ibish.

The room for compromise is created by the fact that Mr. Biden and his predecessor, Donald. J. Trump, adopt the same foreign policy driver even if they label it differently. Mr. Trump employed the principle of America First, a phrase first employed as a World War II-era anti-Semitic rallying cry.

Mr. Biden emphasizes a narrowly defined national interest. Both embrace some notion of isolationism, albeit framed differently in scope, as do right-wing nationalists, libertarians and left-wing progressives engaged in the debate.

Mr. Ibish suggested that the consensus involved that US troops would remain in the Middle East for the long-term but that the deployment of men and military assets should be smaller, leaner, and more flexible.

“Given technological and strategic developments in recent years, and lessons learned from the post-9/11 era, the United States should now certainly be able to do more – or at least enough – with less,” Mr. Ibish said.

Mr. Ibish’s perceived consensus strokes with elements of a military strategy Mr. Biden laid out in a speech this week in defence of his handling of the Afghanistan withdrawal. Mr. Biden insisted that the United States going forward would shun ground wars with large troop deployments.

Instead, the United States would focus on economics and cybersecurity in its competition with Russia and China. It would counter extremists with military technology that allowed for strikes against specific targets rather than wars like Afghanistan.

Mina Al-Oraibi, editor-in-chief of The National, one of the Middle East’s prime English-language newspapers, published in the United Arab Emirates, put her finger on the gap between the Gulf’s expectations and the reality as portrayed by Mr. Biden.

“Among policymakers in the Middle East, there is now an understanding the United States is no longer invested in maintaining stability abroad—unless its narrowly defined national interests are directly impacted,” said Ms Al-Oraibi.

In an article entitled, ‘America Isn’t Exceptional Anymore,’ she wrote that Mr. Biden’s definition of the US mission in Afghanistan as “preventing a terrorist attack on American homeland” and “narrowly focused on counterterrorism, not counterinsurgency or nation-building” had been heard loud and clear in the Middle East.

“In countries like Libya and Yemen, where conflicts continue and nation-building is crucial, Washington has been disengaged for a number of years. However, that disengagement is now official policy,” Ms. Al-Oraibi said.

“From the threat of terrorist groups like the Islamic State to emboldened militias like Hezbollah, US allies can no longer rely on Washington. As U. officials question some countries’ choices—like Egypt, Iraq, and Saudi Arabia increasing ties with China—they must understand Beijing comes across as a more reliable partner in the same way Russia proved a more reliable partner to Syrian President Bashar al-Assad, ensuring his survival,” she added.

Survival being the keyword, Ms. Al-Oraibi clearly defined the perhaps most fundamental consequence of the US withdrawal that played into the hands of autocrats even if Russia and China were unlikely to support them in the ways the United States has done for decades.

“With a disengaged United States and a lack of European consensus on filling that void, the establishment of systems of government in the shape of Western liberal democracies no longer makes sense. After two decades of promoting democracy as the leading system of government, the view from the Middle East is the United States has abdicated that rhetorical position. And that may not be a bad thing. Effective government should be the goal rather than governments formed simply through the ballot box that don’t deliver for their people,” Ms. Al Oraibi wrote.

Ms. Al-Oraibi’s hard-hitting analysis suggests that US Defense Secretary Lloyd Austin has his work cut out for him when he travels to the Gulf next week to thank countries like the UAE and Qatar for  their help in the evacuation from Afghanistan.

The risk for the United States is that China may prove more adept at Mr. Biden’s game, particularly if relations between Beijing and Washington deteriorate further. China could, for example, try to exploit regional doubts by nudging the Gulf, home to the world’s oil and gas reserves, to price their energy in Chinese renminbi instead of US dollars – a move that, if successful, would undermine a pillar of US global power.

A possible litmus test for China’s engagement in Afghanistan will be whether a Taliban-dominated government extradites Uighurs. China has successfully demanded the extradition of its Turkish Muslim citizens from countries like Egypt, Malaysia, and Thailand.

Chinese foreign minister Wang Ji hinted at possible extradition requests in talks in July in China with Mullah Abdul Ghani Baradar, a co-founder of the Taliban. Mr. Wang demanded that the Taliban break relations with all militant groups and take resolute action against the Uighur Turkestan Islamic Party (TIP).

The Taliban have so far rejected irrespective of cost pressure to crack down on militants who have helped them in their wars over the past 25 years.