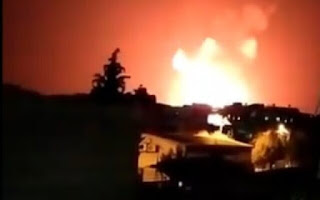 A little acknowledged provision of the 2015 international agreement that curbed Iran’s nuclear program explains jockeying by the United States and the Islamic republic over the modalities of a US return to the deal from which President Donald J. Trump withdrew.

The provision’s magic date is 2023, when the Biden administration if it returns to the agreement, would have to seek Congressional approval for the lifting or modification of all US nuclear-related sanctions against Iran.

Both the administration and Iran recognize that Congressional approval is likely to be a tall order, if not impossible, given bi-partisan US distrust, animosity, and suspicion of the Islamic republic.

As a result, the United States and Iran have different objectives in negotiating a US return to the accord.

The Biden administration is attempting to engineer a process that would allow it to sidestep the 2023 hurdle as well as ensure a negotiation that would update the six-year-old deal, limit  Iran’s controversial ballistic missiles program and halt Iranian support for non-state actors in Lebanon, Iraq, and Yemen.

A pro-longed negotiation would allow President Joe Biden to focus Congress on his domestic legislative agenda without Iran being a disruptive detraction.

Mr. Biden “needs something to get beyond 2023. So, he wants a process that would take a number of steps that could take…a number of years to accomplish. During that time, the United States could ease some sanctions… These small things along the way could happen in a process but the key is going to be to have a process that allows the Biden administration to draw this out for some time,” said former State Department and National Security Council official Hillary Mann Leverett.

An extended process would, moreover, make it easier for Mr. Biden to convince America’s sceptical Middle Eastern partners – Israel, Saudi Arabia, and the United Arab Emirates – that a return to the deal is the right thing to do.

Mr. Biden sought to reassure its partners that, unlike Mr. Trump, he would stand by the US commitment to their defence with this week’s missile attack on an Iranian-backed Shiite militia base in Syria. The strike was in response to allegedly Iranian-backed militia attacks on US targets in Iraq as well as the firing of projectiles against Saudi Arabia reportedly from Iraqi territory.

The US attack also served notice to Iran that it was dealing with a new administration that is more committed to its international commitments and multilateralism as well as a revival of the nuclear agreement but not at any price.

The administration has reinforced its message by asking other countries to support a formal censure of Iran over its accelerating nuclear activities at next week’s meeting in Vienna of the International Atomic Energy Agency’s (IAEA) board of governors.

The United States wants the IAEA to take Iran to task for stepping up production of nuclear fuel in violation of the nuclear accord and stalling the agency’s inquiries into the presence of uranium particles at undeclared sites.

While risking a perilous military tit-for-tat with Iran, the US moves are likely to reinforce Iranian domestic and economic pressures, in part in anticipation of the 2023 milestone, to seek an immediate and unconditional US return to the accord and lifting of sanctions.

Pressure on the Iranian government to secure immediate tangible results is compounded by a public that is clamouring for economic and public health relief and largely blames government mismanagement and corruption rather than harsh US sanctions for the country’s economic misery and inability to get the pandemic under control.

The sanctions were imposed after Mr. Trump withdrew from the nuclear accord in 2018.

The pressure is further bolstered by the fact that recent public opinion polls show that the public, like the government, has little faith in the United States living up to its commitments under a potentially revived nuclear deal.

The results suggest that neither the government nor the Iranian public would have confidence in a process that produces only a partial lifting of sanctions. They also indicated a drop of support for the deal from more than 75 per cent in 2015 to about 50 per cent today.

Two-thirds of those polled opposed negotiating restrictions on Iran’s ballistic missile program as well as its support for regional proxies even if it would lead to a lifting of all sanctions.

Public opinion makes an Iranian agreement to negotiate non-nuclear issues in the absence of a broader effort to restructure the Middle East’s security architecture that would introduce arms controls for all as well as some kind of non-aggression agreement and conflict management mechanism a long shot at best.

Among Middle Eastern opponents of the nuclear agreement, Israel is the country that has come out swinging.

The country’s chief of staff, Lt. Gen. Aviv Kochavi, last month rejected a return to the deal and signalled that Israel would keep its military options on the table. Mr. Kochavi said he had ordered his armed forces to “to prepare a number of operational plans, in addition to those already in place.”

Israel’s ambassador to the United States, Gilad Erdan, suggested a couple of weeks later that his country may not engage with the Biden administration regarding Iran if it returns to the nuclear agreement.

“We will not be able to be part of such a process if the new administration returns to that deal,” Mr. Erdan said.

By taking the heat, Israel’s posturing shields the Gulf states who have demanded to be part of any negotiation from exposing themselves to further US criticism by expressing explicit rejection of Mr. Biden’s policy.

To manage likely differences with Israel, the Biden administration has reportedly agreed to reconvene a strategic US-Israeli working group on Iran created in 2009 during the presidency of Barak Obama. Chaired by the two countries’ national security advisors, the secret group is expected to meet virtually in the next days.

It was not immediately clear whether the Biden administration was initiating similar consultations with Saudi Arabia and the UAE.

In a confusing twist, Israel has attracted attention to its own officially unacknowledged nuclear weapons capacity by embarking on major construction at its Dimona reactor that was captured by satellite photos obtained by the Associated Press.

Some analysts suggested that Israel’s hard line rejection of the Biden administration’s approach may be designed to distract attention from upgrades and alterations it may be undertaking at the Dimona facility.

“If you’re Israel and you are going to have to undertake a major construction project at Dimona that will draw attention, that’s probably the time that you would scream the most about the Iranians," said non-proliferation expert Jeffrey Lewis.