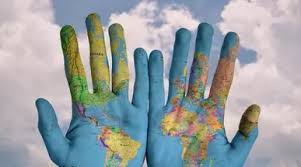 Shaping a new world order is proving to be about a lot more than power.

The rise of the civilizational state and of civilizational rather than national leaders is calling into question the concept of sovereign nation states.

That is evident in the consequences of the civilizationalist assault on minorities ranging from the Kurds in Syria and Turkey to Muslims in China, India and Myanmar to Islamophobia and mounting anti-Semitism in the United States, France and Hungary as well as sectarianism in the Middle East.

As a result, civilisationalism’s assault spotlights the long-standing failure of the nation state, evident from the moment it was conceptualized by the 1648 Treaty of Westphalia, to give true meaning to guaranteeing the security, safety and rights of all its inhabitants irrespective of creed, colour, race, ethnicity, faith or gender.

The rise of a critical mass of civilizational leaders, including China’s Xi Jinping, Myanmar’s Win Myint, India’s Narendra Modi, Russia’s Vladimir Putin, Hungary’s Victor Orban and US president Donald J. Trump makes a rethink inevitable not only of the functioning of democracy but also of the concepts of the nation state and sovereignty that have structured world orders for close to 500 years.

Many of these leaders conceive of their societies and/or states as defined by civilization and its reach into akin Diaspora communities rather than by legally recognized borders, population within those borders, and language.

Civilisationalism has allowed China to extend its reach in the South China Sea beyond internationally recognized borders at the expense of other littoral states as well as to Diaspora communities across the globe.

It also provided the basis on which China has so far successfully imposed its views on others whether its acceptance of its one-China policy or silence, if not acquiescence, in repression in Xinjiang.

In some ways, the nation state, designed to put an end to religious wars in Europe, paved the way for a revival of civilisationalism by godfathering exclusionary politics that were based on a determination of who belonged and who did not belong to a nation, a question which civilisationalism answers by legitimizing supremacism, racism and prejudice.

From the outset, newly conceived European nation states sought to build nations by not fully embracing those it believed were not truly part of their nation.

The nation state’s exclusivity, rather than as a result of the Westphalia treaty pulling the curtain on an era of European wars, sparked another round of armed conflict intended to fortify newly found national identities.

Today, reconceptualization of the nation state and the notion of sovereignty has become an imperative with civilisationalism adopting exclusivity as its battle cry and the nation state’s centuries-long inability and unwillingness to negotiate mutually workable arrangements that take account of aspirations and identities of societal groups that feel excluded.

Reconceptualization would need to be geared towards guaranteeing individual and minority rights based on an international legal framework that is enforceable.

Failure to do so would likely usher in an era of disruptive societal tension, marginalization and disenfranchisement of minorities, flows of mass migration, radicalization and increased political violence.

A recent International Institute of Strategic Studies (IISS) report concluded that China was advising countries confronting political and economic instability, sometimes sparked in part by Chinese project-related corruption, to adopt its model of brutally cracking down on any expression of dissent like in Xinjiang.

China, according to the report, is also advocating implementation of its system of social control, involving the use of invasive Chinese artificial intelligence-based surveillance technology, reducing media to parrots of government policy, and firewalling the Internet. China is further training governments in ways of disrupting opposition activity.

China’s view of economic development as a way of countering what it sees as cultural drivers of extremism underlies its effort to Sinicize Turkic Muslim Islam in Xinjiang and is implicit in Chinese aid to countries in the Middle East.

Mr. Xi announced in July of last year US$20billion in loans to Middle Eastern nations as well as US$106 million in financial aid for Palestine, Jordan, Lebanon, Syria and Yemen on the back of Chinese assertions that finance would help resolve the region’s political, religious and cultural tensions.

“China is increasingly proactive in its response to instability in developing countries. It is now more forthright in its advice to partner countries and is proactive in promoting Chinese solutions to other countries’ problems,” said Nicholas Crawford, the IISS report’s author.

China’s policy prescriptions, elements of which are being adopted across the globe, is likely to perpetuate problems inherent to exclusivism propagated by both civilisationalists and nation states that are more concerned about perceived threats to their territorial integrity or constructed collective identities than aspirations of groups that are part of their societal fabric.

The rise of civilisationalists, autocrats, authoritarians and illiberals, including Mr. Xi, does not bode well for Eurasia, a region pockmarked by groups whose rights have been repeatedly violated by various civilizationalist leaders as well as exclusionary nation states concerned about challenges to their territorial integrity or constructed collective identities.

“Geopolitics is no longer simply about the economy or security… The non-Western world, led by Beijing and Moscow, is pushing back against the Western claim to embody universal values… The rejection of Western universalism by the elites in Russia and China challenges the idea of the nation state as the international norm for political organisation… The new pivot of geopolitics is civilisation,” said political scientist Adrian Pabst.

A tour of the world’s flashpoints proves the point.

The flashpoints include predominantly Kurdish south-eastern Turkey, what is left of the Kurdish enclave in northern Syria, Rohingya rotting away in Bangladeshi refugee camps after fleeing ethnic cleansing in Myanmar; the plight of Turkic Muslims in Xinjiang and Catalan efforts to democratically decide whether they want to remain part of Spain.

They illustrate the fact that the failure of the nation state to build truly inclusive and cohesive societies coupled with the rise of the civilizational state and civilizationalist leaders portends a new world order that is likely to be characterized by individual and collective rights abuse that heightens societal tensions and aggravates disputes and conflicts.

“The global order provides more mechanisms for states to deal diplomatically with each other than with the people inside them,” noted scholar and author Malka Older.

The civilizationalist threat to individual and minority rights is enhanced by its insistence on collective adherence to an overriding ideology whether that is the Chinese communist party’s concept of absolute control of anything and everything cloaked in ultra-nationalism and concepts of unique Chinese characteristics; Russian Orthodoxy cemented in the alliance between church and state; or Victor Orban’s conceptualization of a Hungarian nation that is homogenously white and Christian.

In a recent study of religion and tolerance in the Middle East, widely viewed as perhaps the religiously most intolerant part of the world, political scientist Michael Hoffman concluded that it is not religion that in and of itself breeds intolerance and prejudice.

Instead, Mr. Hoffman suggested that Muslim attitudes towards the other differ sharply between believers who pray collectively in a mosque and those who worship in private.

Private prayer “does not contain the same sectarian content as communal prayer,” Mr. Hoffman noted, implicitly pointing a finger at autocratic authorities who in the Middle East often exercise tight control of what is said in the mosque.

“The group identification mechanism is not present for private prayer; since private prayer is fundamentally an personal phenomenon, it does not cause believers to distinguish more sharply between their own sect and others and therefore does not produce the intolerant outcomes associated with communal worship,” Mr. Hoffman went on to say.

Mr. Hoffman’s research, despite its focus on the Middle East, spotlighted in an era of rising civilisationalism the risks to universal basic human dignity as well as individual and minorities rights in directly or indirectly imposing collectivist beliefs that drown out the political, ethnic or religious other.

The silver lining in what are bleak prospects may be Mr. Pabst’s conclusion that “neither the Western cult of private freedom without social solidarity nor the totalitarian tendencies among China’s and Russia’s elites can nurture resilient societies against the disruptive forces of technology and implacable economic globalisation… (Yet) across different civilisations there is an inchoate sense that the purpose of politics is the free association of people around common interests and shared social virtues of generosity, loyalty, courage, sacrifice and gratitude. The practice of such virtues can bind us together as citizens, nations and cultures beyond colour, class or creed.”