May 08, 2011
Last month’s banning of Tunisian soccer fans from league matches has failed to prevent political violence from spilling onto the country’s pitches.
An African championship match between Tunisia’s Club Africain and Sudan’s Al-Hilal was abandoned this weekend after militant fans stormed the Rades Stadium pitch to reportedly attack the referee, linesmen and police.
The incident occurred less than two weeks after militant fans stormed the pitch during domestic matches matches between Olympique Beja and AS Marsa  and Club Bizertiain against CS Sfaxien, prompting the federation to order that the season’s remaining games be played behind closed doors. African championship matches were excluded from the ban.
The incidents confirm the government’s worst fears which last month only reluctantly agreed to restarting the league competition. The competition was suspended in January to prevent the pitch from becoming a rallying point for protesters who forced Tunisian President Zine Abedine Ben Ali to resign after 23 years in power. Militant soccer fans played a key role in the toppling of Ben Ali as well as in protests in Egypt that led to the downfall of President Hosni Mubarak.
This weekend’s pitch invasion occurred in the 85th minute with the teams tied 1:1. Club Africain needed two goals to avoid elimination from the competition. The fans stormed the pitch after Aymen Soltani refused Club Africain calls for a penalty kick.
Some fans believe that the soccer incidents are being forced by supporters of former president Ben Ali in a bid to provoke a police crackdown on protesters and the re-introduction of restrictions on freedom of expression and assembly.
“I saw with my own eyes one guy with a bottle in his hand spraying the chairs and then setting them on fire. Everything must have been planned in advance or else why would he have that bottle with him,” one fan said Club Africain’s online fan forum, www.webvirage.com.
“Going into the stadium, after passing a few barriers, I passed through without even being touched by a policeman. I begged the policemen not let people go in without searching them and told them that otherwise there would be a catastrophe and here’s the result,” the fan said.
The reduced police presence and lax security at the match is more likely to be a result the police’s attempts to shore up their tarnished image, avoid clashes with militant fans and prove the need for them to enforce law and order. Like in Egypt, the Tunisian police are widely seen as henchmen of the toppled authoritarian regimes. 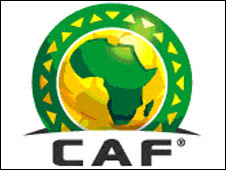 Tunisian soccer fans and officials hope for CAF leniency
Tunisian soccer fans and officials hope that the Confederation of African Football (CAF) will take Tunisia’s political turmoil into account when it decides how to punish Club Africain for the incident. CAF last month demonstrated leniency when it disciplined crowned Cairo club Al Zamalek for the storming of the pitch in early March in Cairo during an African championship match against Club Africain. CAF rather than banning Zamalek from African matches ordered the club to play matches behind closed doors for the next two years.
Tunisian fans note that this weekend’s incident took place amid mass protests following assertions by a former interior minister that post-Ben Ali Tunisia was being ruled by a shadow government that was in cahoots with the military to stage a coup to prevent Islamists from making gains in election scheduled for July 24.
Al Zamalek Club Africain Football Soccer Tunisia