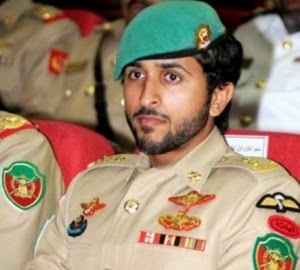 A possible police investigation into allegations that Prince Nasser bin Hamad al-Khalifa, the commander of Bahrain's armed forces and head of its National Olympic Committee, was involved in the torture of political detainees, including three national team soccer players could prove to be embarrassing for the president of the Asian Football Confederation (AFC) and a relative of the prince, Sheikh Salman bin Ebrahim Al Khalifa, who has systematically refused to condemn the torture and detention of numerous players and athletes in Bahrain.

An investigation if it results in legal proceedings could also constitute a litmus test for the efforts of International Olympic Committee (IOC) President Thomas Bach to persuade international sports governance to recognize the inextricable links between sports and politics. It could raise for the IOC issues similar to those that have dogged world soccer body FIFA since the awarding of the 2022 World Cup to Qatar.

In Qatar’s case FIFA executives have been forced by widespread condemnation of labour conditions in the Gulf state to acknowledge that human rights criteria should be taken into consideration in the awarding of future tournaments. In Prince Nasser’s case the question would be whether human rights should be a criteria for eligibility in international sports governance.

An overruling by the UK High Court of a decision by the UK director of public prosecution that granted Prince Nasser immunity because of his royal status in Bahrain  has opened the door to an investigation, according to defense lawyers in the case. Prince Nasser, the eldest son of King Hamad, is a frequent visitor to Britain in part because of his participation in equestrian competitions. The court ruling followed a bid by a Bahraini national, identified only by the initials FF, to have Prince Nasser arrested on charges of involvement in the torture of those arrested during the Saudi-backed brutal squashing in 2011 of anti-government protests.

Bahrain condemned the court ruling as “an ill-targeted, politically motivated and opportunistic attempt to misuse the British legal system. The government of Bahrain again categorically denies the allegations against Sheikh Nasser. The government reiterates its firm condemnation of torture and recognises its responsibility to investigate any reasonable allegation,” the government said. It denied that the ruling opened the door to a prosecution asserting that “the decision on immunity was academic” as had been “made plain in court today. In short, the situation has not, and will not, change as there is no evidence for the allegations.”

Tom Hickman, a barrister representing FF told the court that the ruling "clears the way for an investigation of the prince and for consent for an arrest warrant to be sought. Further evidence will be submitted to the police in due course,” according to The Guardian.

Melan Riley of Bell Yard Communications asserted on behalf of the government that there is no investigation because there is insufficient evidence to warrant one". Ms Bell said her assertion was based on a statement to the court by the prosecution. In its statement, the prosecution said that it agreed to the court’s view that Prince Nasser would not enjoy immunity “in the light of the Claimant’s intention to submit further evidence to the police.” The prosecution insisted however that the police had “decided not to conduct an investigation on the basis of the dossier of evidence submitted to it.”

Among those arrested who alleged that they had been tortured are three former national soccer team players, including brothers Ala’a and Mohammed Hubail. At the time some 150 athletes and sports executives were either detained or dismissed from their jobs on charges of having participated in the protests. Many have since been reinstated. But Bahrain has since then also detained scores of other players and athletes.

Sheikh Salman has been dogged by allegations that his office identified athletes who were among those arrested. Insisting that politics and sports are separate, Sheikh Salman has denied the allegations. But he has also refused to denounce the alleged abuses of human rights or to discuss the allegations against him. Sheikh Salman has said that there was no reason to apologize to the players because it was an issue for politicians, not his soccer federation despite the fact that a government-endorsed independent investigation concluded that torture had occurred.

The Hubail brothers have accused Sheikh Salman, who also heads the Bahrain Football Association, of abandoning them. Mohammed Hubail said in an interview in 2012 with Associated Press that they had received no apology or compensation from the association for months of alleged mistreatment. “We are his responsibility and people like him should solve the problem, not ignore it. I have a lot of anger. I really miss playing in my team and for Bahrain,” Mr. Hubail said.

Mohammed, Alaa and other sports figures were denounced in 2011 as spies and traitors on state television on the eve of their arrests in a program in which Prince Nasser phoned in to congratulate the show for its denunciation.

“Well done, guys. And on your efforts, all of you. And to everyone who stood and proved his loyalty to the Kingdom of Bahrain, leadership and people. And anyone who called for the fall of the regime, may a wall fall on his head. Today, we at the Organization of Sports and Youth have nothing to do with politics and are concerned with sports and brotherly competition. People have involved themselves in matters and have lost the love of their fans. People have entered labyrinths in which they will be lost... Anyone who involved himself in these matters and was part of it will be held accountable. Whether he is an athlete, socialite or politician, whatever he is — he will now be held accountable. Today is judgment day. May God grant patience and strength to all. Bahrain is an island and there is nowhere to escape… It is known who stood against us. The days will judge,” Prince Nasser said.

When the talk show host reminded his viewers that King Hamad had warned earlier on the day of the broadcast that there would be no forgiveness, Prince Nasser responded, saying: “Well done.”

Sheikh Ahmed Bin Hamad Al Khalifa, a brother of Prince Nasser and relative of Sheikh Salman, who was at the time secretary-general of the Bahrain Olympic Committee, defended the crackdown on the athletes and alternatively denied and downplayed the allegations of torture. “You have to defend yourself, you have to protect the law and you have to take decisions on the ground,” Sheikh Ahmed said. He said the crackdown had been “absolutely” proportionate and justified.

Asked about what happened to the athletes once they were detained, Sheikh Ahmed first said: “When they were detained? Nothing.” But pressed about the torture allegations, he added: “We heard many stories how can we say for fact that this happened?”


James M. Dorsey is a senior fellow at the S. Rajaratnam School of International Studies as Nanyang Technological University in Singapore, co-director of the Institute of Fan Culture of the University of Würzburg and the author of the blog, The Turbulent World of Middle East Soccer, and a forthcoming book with the same title.
Bahrain